OUR FUTURE UNDER OBAMA: Anti-Austerity Protests Rock Capitals of Spain and Portugal

Tens of thousands of protesters rallied in the capitals of Spain and Portugal to demand ends to the austerity cuts to government spending programs. The Associated Press reported that demonstrators were expressing their anger over tax hikes, government spending cuts and high unemployment rates.

As Margaret Thatcher famously observed, "The trouble with socialism is that eventually you run out of other people's money." 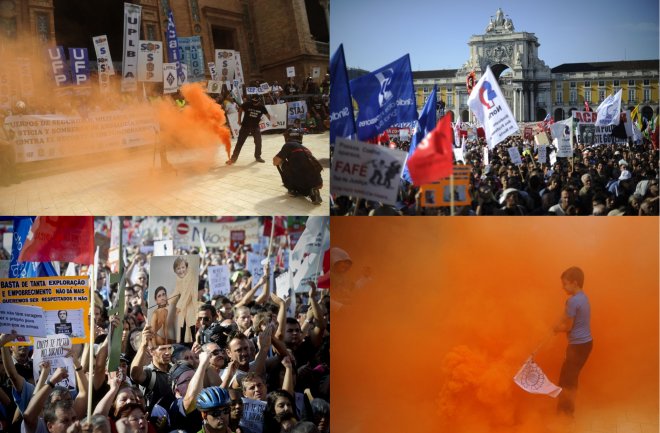 This kind of civil unrest will look like a garden party if Barack Obama is reelected and permitted to continue his Cloward-Piven-inspired destruction of the economy.

And, no, you won't be getting free Obama-Phones if the economy collapses, drones.