That awful, awful Mitt Romney. Can you believe his hubris, what with he and his campaign tweeting during the funerals of American heroes?

Oh. What's that you say? It was the Obama campaign? That can't even wait a few hours after the funerals of American heroes to send crass fundraising tweets?

This is just unbelievable, especially in light of the Defcon 1 attack the MSM put on Romney for responding to a tweet from the US Embassy in Cairo without waiting some unspecified period of time. Will those same MSM bobble-head dolls criticize the president and his most trusted adviser for tweeting during a funeral? 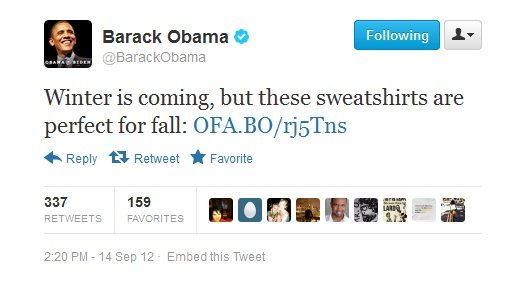 Look at the time-stamp. This is literally in the middle of the ceremony... But not to be undone, David Axelrod also couldn’t wait to speak up: 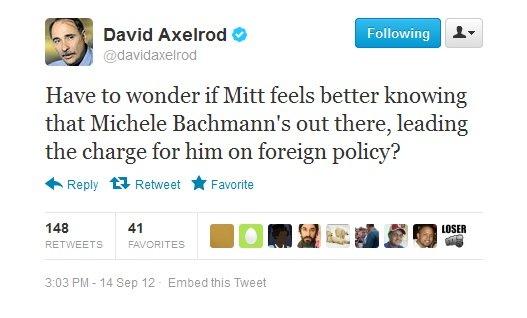 At least Axelrod waited for the ceremony to end — by about 4 minutes, according to when Mark Knoller’s tweeted the doors to the hearses closing: 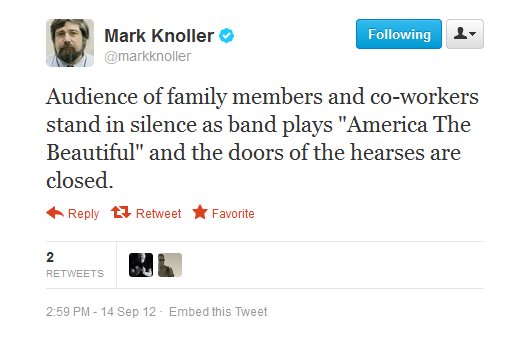 I will walk barefoot on broken glass in November to vote for Mitt Romney, Paul Ryan and every single Republican on the ticket. The Democrat Party needs to be nuked from orbit. It's the only way to be sure.

Pathetic, isn't it. This week he squeezed a few minutes of "Presidenting" between fundraising, traveling, and partying.

The Democratic party no longer has any adult supervision.