The latest "Romney Can't Win" meme being marketed by vintage media (number 2,280 by my count) revolves around a tape of Mitt Romney discussing campaign strategy: 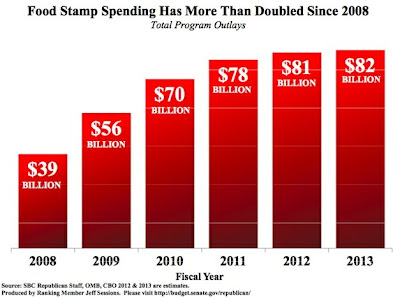 "Forty-seven percent of Americans pay no income tax," Romney said... "[my role] is not to worry about those people. I'll never convince them they should take personal responsibility and care for their lives."

President Obama's campaign was quick to jump into the fray:

Obama's campaign called the video "shocking"... "It's hard to serve as president for all Americans when you've disdainfully written off half the nation," Obama campaign manager Jim Messina said in a statement.

Speaking of "writing off" voters, remember this golden oldie from The New York Times? For decades, Democrats have been losing more and more blue collar whites. Their alienation helped lead to the massive Republican wave in 2010, when the GOP wooed 30 percent more of them than the Democrats could. Democratic strategists say President Obama is focusing his attention, instead, on poor black and Hispanic voters and educated white professionals...

'All pretense of trying to win a majority of the white working class has been effectively jettisoned in favor of cementing a center-left coalition made up, on the one hand, of voters who have gotten ahead on the basis of educational attainment... and a second, substantial constituency of lower-income voters who are disproportionately African-American and Hispanic,' longtime political reporter Thomas B. Edsall wrote in an opinion piece in the New York Times... 'The 2012 approach treats white voters without college degrees as an unattainable cohort,' he writes later.

Hot Air notes that this will have the same devastating effect that candidate Obama's "bitterly clinging to their guns and religion" comment had in 2008. Which is to say: none.

Like all of the media-manufactured kerfuffles, it will be all but forgotten within one week or until Iran detonates its first nuke, whichever comes first.

Ritchie The Riveter said...
This comment has been removed by the author.
7:12 AM

How Progressives treat the 47%:

Now I'm led by experts who'd "guarantee"
My "right" to get by irresponsibly
Get drunk get stoned get high on crack
And jump with anyone into the sack
And then go see the doc for "free"
Cure that hangover and STD
Pick up my check and go back to bed
All they ask is my ri--ii--ight ...
To get ahead

I hope Mr. Romney takes the opportunity to flip this PR smear upon the Progressives, by running towards it and exposing them for the lying liars they are ... liars that have lied to that 47% and others about their responsibilities and capabilities, to keep them dependent upon these Enlightened Liars.

The Enlightened Liars would raise corporate income taxes at the drop of a hat ... but never mention that the 47% they claim to "care" about will be the ones paying a lot of them, through higher prices - as their job opportunities diminish because of the higher taxes.

@Anon, well then I'm sorry, but President Obama doesn't believe you're in his constituency.