Gee, and all this time I thought Democrats hated wiretaps and warrantless surveillance. The ACLU reports: 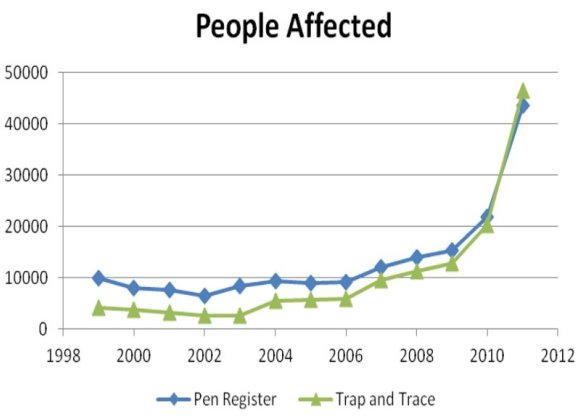 ...The reports show a dramatic increase in the use of ... surveillance tools, which are used to gather information about telephone, email, and other Internet communications. The revelations underscore the importance of regulating and overseeing the government’s surveillance power. 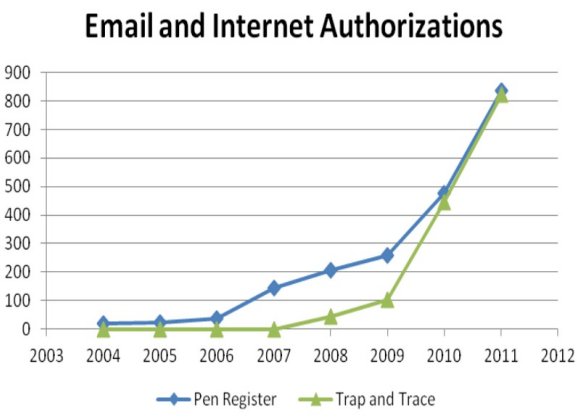 ...During the past two years, there has also been an increase in the number of pen register and trap and trace orders targeting email and network communications data. While this type of Internet surveillance tool remains relatively rare, its use is increasing exponentially... Earlier this year, the New York Times reported that cellphone carriers received 1.3 million demands for subscriber information in 2011 alone...

Let me guess: Fox News personalities, conservative talk show hosts, bloggers and others who oppose this administration's politics are among those who have been targeted.

I'm so nostalgic. I remember when dissent was patriotic.

This administration needs to go.

Gee, the inevitable ACLU lawsuit against the Obama administration can't be far off, can it?

Well what do you expect, considering Joe Biden wrote the PATRIOT Act...

Vacillating between the two parties won't fix your party dude. What, is Romney with all his Bushy, neo-con advisors going to fix this? At least put your money where your mouth is and vote libertarian.

get lost, schmuck. throwing away your vote? sorry, you go ahead and do that.

first mission is to stop the cloward-piven, alinsky-ite in the white house.

second mission is to crush the rino's in the gop.

no different than teaming up with the soviets during ww 2.

Wow, I'm a little late here, but blue sounds awful hopeful they will hand over the power they have once we ask nicely... No wait gullible was the word I was looking for...