THE FAIL IS STRONG WITH THIS ONE: Health Care Premiums Skyrocket. Unexpectedly.

On no fewer than 19 separate occasions, President Obama promised his new health care plan -- since dubbed "Obamacare" -- would lower premiums by $2,500 per family, per year. 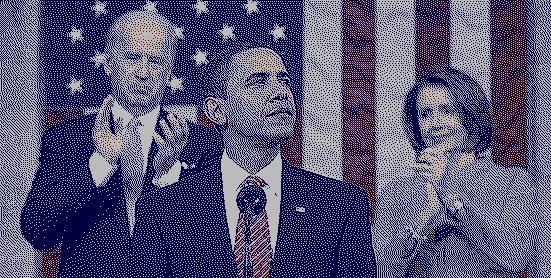 The results are in. Try and contain your surprise:

John Merline over at Investor’s Business Daily reports that the new Kaiser Family Foundation employee benefits survey reveals that employer-based health insurance premiums have risen a whopping 9.5% in 2011 and another 4.5% so far in 2012, due in large part to the insurance “reforms” of Obamacare such as mandatory coverage of kids to age 26, mandatory loss ratios of 85%+, mandatory free preventive care, etc. So much for President Obama’s pledge to cut health insurance premiums by $2,500 in his first term.

Even worse news? Premium increases will skyrocket in 2014, when the (most expensive) remainder of Obamacare health insurance “reforms” kick in, including the mandate to buy health insurance, elimination of annual and lifetime coverage caps, mandatory community rating bands and prohibition of the use of pre-existing conditions for underwriting.

To get a sense for the problem with trying to cover preexisting conditions, picture the following scenario:

Lindsey Lohan (not the actress, some other made up person) crashes her $106,000 Porsche 911 into a school-bus while drinking from a flask of vodka and texting. Before the police can show up, she purchases full automobile coverage and a $15 million umbrella liability policy from Flo (not the Progressive spokesperson, some other made up insurance pitchman). Moments after getting her policies, she calls the insurer's Claims Department to begin collecting.

Whatever you call that kind of "underwriting", it has nothing at all to do with "insurance". In fact, it's specifically designed to bankrupt insurers and move the country to a Soviet-style, single-payer system.

Good analogy. And a reality.

Joe Illegalalien (not an actual illegal alien... that's just an unfortunate last name) wants to drive a car, but needs proof of insurance first. Visits Gecko (not the Geico representative), gets insurance on a 12-month installment plan, shows his insurance card to the DMV, gets his registration, drives home and cancels his insurance.

Happens all the time... and yet, auto insurance firms are not only still around, but competing for business. Why? (1) capitalist competition keeps prices down and (b) Uninsured Motorist fee means everyone pays a little for the 15% or so that scam (http://www.usatoday.com/news/nation/story/2011-09-11/uninsured-drivers/50363390/1).