I'll take "Would do anything to get reelected" for a thousand, Alex.

Last July, a top Pentagon official gave two Hollywood filmmakers the name of a Navy SEAL involved in training the squad of commandos who carried out the raid that killed Osama bin Laden. Now, the Obama administration is fighting to keep that same name from the public. 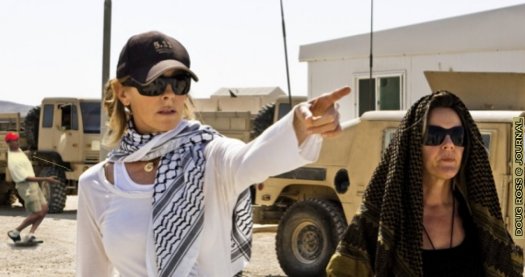 In legal papers filed Friday in U.S. District Court in Washington, the Justice Department argued that the government is under no obligation to make public the SEAL's name or the names of Central Intelligence Agency personnel involved simply because officials shared their names, partial names or identities with the makers of a forthcoming movie about the raid, "Zero Dark Thirty."

"The CIA and DoD did not authorize the filmmakers to make the names they shared with them public, to publicly associate the individuals with the CIA or DoD, or to expose those individuals’ identity in any publicly released film, and there was no reason for the CIA or DoD to have believed that any of this would have happened," the Justice Department brief says. "In fact, [Undersecretary of Defense for Intelligence Mike] Vickers specifically told [filmmaker] Mark Boal, in providing him with the name of someone he could talk to, that 'the only thing we ask is that you not reveal his name in any way as a consultant.'"

BlackFive's reaction is one of anger:

What's Team Obama going to about this one? Find some amateur donor to make a movie to distract us from the real issue? Oh wait...

Raise your hand if you want to be a part of any TS missions that will save lives and defend our country...but in the process your identity will be given to Hollywood?

Suffice it to say that the nitwits in old media will ignore this outrageous scandal, just one in a series of willful, immensely damaging national security leaks by the Obama administration, all designed to mask the president's disastrous foreign policy record.

Unfreakingbelieveable!!!
What logical explanation for this idiot move could there be?
Of course the MSM isn't going to touch this one.
There was absolutely no good reason to release ANY of our specials ops personnel to Hollywood types.
Cause we all know how much Hollywood libs love the military and all.