My time in the 11th circle of hell, otherwise known as trying to get customer service from the cable company 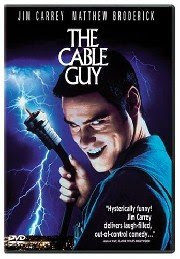 The terms customer service and cable company go together about as well as Robb Stark and Cersei Lannister. Which, if you don't watch Game of Thrones, means they go together like the Bears and the Packers.

After more than 15 years of utilizing the fine, upstanding services of my cable provider, the latest outage debacle drove me over the edge. It was the final straw. It broke the camel's back. It was the end of the line. The final nail in the coffin. And other metaphors that indicate just how pissed off I was.

Sunday 9:00am - All cable services go out. Every box in the Blog-Bunker™ is suddenly unable to connect. I initiate a web-chat with a representative on the well-designed support website (that's sarcasm - finding customer support is roughly akin to a Where's Waldo). The rep indicates that indeed, there is an outage in the area.

Sunday 9:00pm - Still assuming the neighborhood is experiencing an outage, all of the cable boxes remain dead.

Monday 6:00pm - Return from work. Cable is still out. Now questioning whether this is a neighborhood outage. I ask a neighbor if they are experiencing any issues. Nope. There's been no outage at all on our street. The web-chat representative "feedback" was completely bogus.

Monday 8:30pm - After at least four separate calls to, and web chats with, customer service -- and several escalations with "managers" -- the fastest anyone can get to our neighborhood is... wait for it... eight (8) days from now. I believe cable repair service at Bin Laden's compound in Abbottabad was faster. We put in our request, with the oh-so-fine-grained repair window of sometime, eight days from now. Despite several threats to cancel service, no earlier date was offered.

Monday 8:55pm - After ruminating on the conversations with "customer service", I've decided I've had enough. After more than 15 years of various debacles, this is finally the last straw. I decide that I no longer deserve the luxurious, 12-star customer service offered by the cable company.

Monday 9:03pm - I call the customer cancellation line. After a short delay; I am told that... wait for it... canceling service can only be accomplished prior to 8:30pm or after 9:00am. Can I put a name in a queue to be called on my cell when they open in the morning? The rep almost laughs in my face. Aren't government-regulated monopolies super? 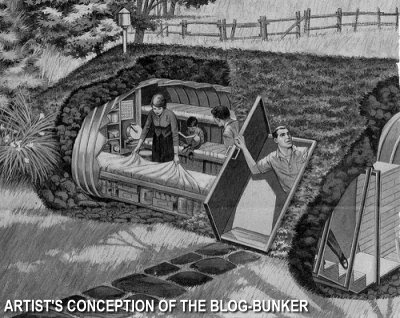 Tuesday 12:18pm - I enter the "service downgrade" queue for my area.

Tuesday 12:25am - I get an agent, who tells me that her phone system is acting up and she can't access my information because she's in the wrong region of the country to service the account. Perfect. She says they've been having phone system routing problems -- do tell? -- and she will transfer me to the correct queue.

Tuesday 12:28am - The new rep, who I believe is speaking into a diving mask, says that she can't perform any transactions at the moment. The systems, it would seem, are down, and she is unable to make changes. I will have to call back. Is there an estimated time that the systems will be back up? I'll give you one guess and "yes" isn't it.

Tuesday 07:05pm - I enter the cancellation queue; and, as you might expect, they're not going to make it easy to cancel services.

Tuesday 07:29pm - After 15 minutes, I am able to convince the very nice customer retention specialist that I really do want to quit the cable service. Amazingly, they can schedule the home visit and shutdown this coming SUNDAY within a 1-HOUR WINDOW.

Stunning. They can show up within a 1-hour window on a Sunday to turn the service off. To fix something? Not so much.

I did a quick, back-of-the-napkin estimate and discovered that I've probably spent about $36,000 with the company over the last 15 or so years. So the lifetime value of a typical customer is significant.

In fact, the company should call their "customer service" area the "customer annoyance" department, because I missed out on the actual "service" part and they seem to treat customers as a bother than anything else.

I'm interested in your opinions. Am I the one being unreasonable here?


* * * * * * * * * * * * * * * * * *
The most terrifying aspect of this debacle? There's at least a tiny bit of competition when it comes to television services. You can opt for DirecTV or Dish Network. You can get a broadband Internet connection and try Roku or a similar, IP-based service. Some lucky consumers even have two cable providers.

Now I ask you: can you imagine the customer service you'll get from the government-run healthcare system after Obamacare takes hold? Imagine the DMV the Social Security Office, only without the peppy and motivated employees. Faceless, nameless bureaucrats will be providing "customer service" and, thanks to civil service and public sector unions, firing a bad employee will require an Act of Congress.

When Obamacare is finished rolling out, there won't be any insurance companies left. A company forced to cover a pre-existing condition is somewhat akin to a home insurer having to cover a house after it's been set afire. Whatever you may call it, it's not insurance.

I have seen the future of health care: it's like cable customer service, only with your family's life at stake.

at 3:54 PM
Email ThisBlogThis!Share to TwitterShare to FacebookShare to Pinterest
Labels: eBusiness

In Reno my Internet service was horrible and my television had constant "fuzzy moments," so I called Charter. They sent a service guy who determined that the problem was not in my house but rather the "connection in the street..." but he was only a contractor and therefore not allowed to touch the "connection in the street." So I started calling Charter to get a real service rep and after six months and numerous high blood pressure moments I simply gave up. Wasn't going to happen. How many foreign accents asking me to turn my computer off and turn it back on could I take?

We haven't had cable service for close to 20 years and are very happy campers. Just imagine if you had put that 36K into a Roth IRA?

I recently canceled my DirecTv (it was very easy to do) and now have my Roku with just Netflix.
Love it so far !!

Now, my recent "customer service" experience with ATT is a different story !!
http://bacontime.wordpress.com/2012/09/14/att-customer-service/

It's not difficult to understand why my local cable office has guards, bullet proof glass and special pass thru chambers for equipment exchanges.

Stop being such a pansy ass dumb fuck.

And really, Adrienne? You're a fat slob.

I had the same problem cancelling service when my son moved. I found a very simple solution. (The billing was not in his name as he had been recently divorced and was in his ex-wife's name). I simply recommended that he stop paying the bill and voila, he got a call from the cable company and was able to cancel within a very short period of time.

I personally gave up on cable when it was constantly out and was told -- too bad, so sad, governmnet rules stated that you still had to pay for the service. Goodbye cable, hello satellite. And when that service starts doing the same, hello to Hulu service.

Call their Executive Office and get an Executive Assistant assigned to you and make a major complaint. Putting this on the blog is great, but put their name on there as well, not just "my Cable company". Let the search engines work for you.

I've had some serious issues with Cox (haha :) Cable in Phoenix, and Comcast in Seattle.

Cox had too many people on my node and was worse then dial up (literally). They had to send out a Supervisor to fix it after days of phone reps saying there was no problem.

Comcast offers free gifts for signup in some cases, and it was one of the worst experiences ever trying to get that free gift. Took something like 10 or 11 months of complaints, plus I had to prove I was supposed to get a gift (make sure you have documentation right from the beginning). I was ready to go to Court over it, as I hate Consumer Rip-Offs. I finally got my free $250 VISA gift card and took a trip to Canada, but I had to go thru the Executive Offices in Chicago. Turns out the Marketing company that does the offers is not part of Comcast and nobody can track it.

One reason I haven't had cable for almost 20 years, nor watched any kind TV when you get right down to it, is because of you Doug.

Your side happens to be my favorite but for the mid & late 90s, when you weren't online I had the fledgling beginnings in my bookmarks. e.g.I believe that Stephen den Beste is an all timer.

Yeah, I miss Grand Slam tennis but I can usually find a live stream. But for news, it's sites like yours that are far more informative that TV or cable.

I do have a Roku and NetFlix & an extensive movie library and when I want to catch a flick, I can veg out with the best of them. If there's breaking news, well, it just'll have to wait until I go online and read about it.
MM

On the other hand, I have to mention that my service from Brighthouse in Florida has been stunning. Maybe 2 outages of a few hours in length for the 10 years I've had them; customer support is EXCELLENT and knowledgeable, and the bandwidth measures to spec. I am so sorry for you all.

Sounds to me like Cox or Comcast. I've dealt with both and have equal disdain for both.

DirecTV has been much better on the customer service front and has a much better product for the same money.

You are experiencing the 99% as I call it (I used to call them the 98% until they changed their name on their own volition). You can find stupidity everywhere, in the government as well as the private sector. Professionals as well as retail. I've been trying to figure it out for the last 20 years but have made zero progress.

I've used Comcast for the last 12 years, and for the most part with only a few of exceptions, have been very happy with their service. As for those exceptions, I've always been compensated fairly by getting new-subscriber rates for several more years past the incident, or free upgrades to premium packages.
No, I don't work for Comcast and as I've stated, things have gone wrong in the past.
That's not to say I don't have friends whistling the exact same tune with satellite providers. They're all the same, and I don't believe it would be any better without regulation.
Maybe you should stop watching so much TV? Just sayin'...

There is at least one insurance company I know of that is pulling out of the American market...Aetna!!!

Not sure when this Aetna exit of the US Health market is suppose to happen but they have been very busy lately buying US Healthcare assets, i.e. purchase of Meritan.