It's all about priorities. 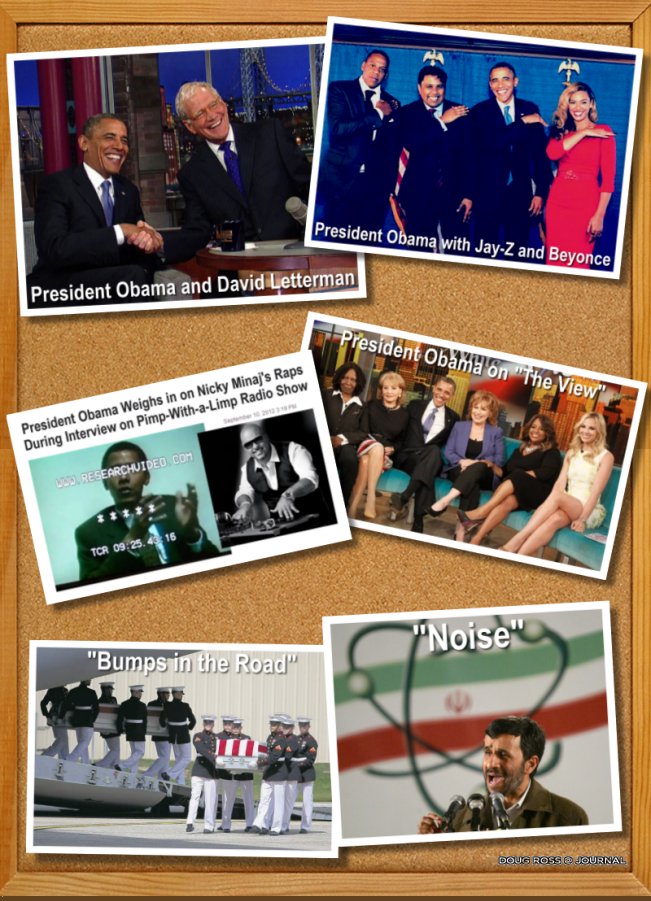 I don't know if this is Obama's way to get the sympathy of citizens of America. Well, I believe that whoever politician is, they will find away to get people's attention. It's like the celebrities are one of the ways where they can encourage people to vote them. I don't know why is this the case. But, we must vote very wisely and should not be persuaded by their promises and propaganda.

Doug, Wouldn't Obama have been smart enough to get autographs on those photos so he could tell his grand-kids about all the wonderful people that were privileged to meet him? Jus' askin'!

@GM Roper, Obama won't have any grandkids, surely his daughters will have a plentiful supply of rubbers and other contraceptive devices at their disposal.

I realize that Ahmedinejad used the word "noise" as well, but wouldn't it have been more appropriate to put it onto a photo of Netanyahu?