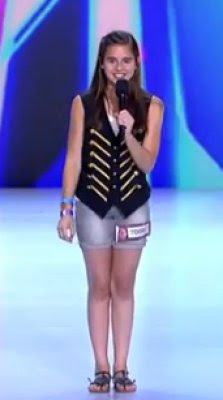 Man of the People: Jay-Z knows what my life is like says Obama: Exam
Mitt Romney’s Remarks are Another Chick-Fil-A Moment: RS
*Sigh* Obama plays the race card... again: AT

Barack Obama? Arrogant and Way the Heck Out of Touch? The Deuce You Say!: Sundries
Obama is Living Large while Americans Suffer: PatriotUpdate
Time for an Intervention: Noonan

Leader of Assault on US Consulate in Libya was Released From Gitmo in 2007: Tatler
Let the record of the Benghazi attack show… whatever Obama needs it to show: DC
Sweet Fancy Moses: Administration Still Trying to Refine Libyan Attack Messaging: Ace

Pictures Matter: Wilson
Obama official: Benghazi was a terrorist attack: ForPol
On being nice to Muslims, or not.: Elephant

Occupy Wednesday: MOTUS
Like Manna For the Agitpropist: iOTW
Lewinsky's Clinton book to reveal his insatiable desire for threesomes and how he trashed Hillary: Daily Mail

Image: Ace o' Spades
Today's Larwyn's Linx sponsored by: Serve Your Country by Working at the Polls in November

QOTD: "The Political Industrial Complex (made up of Politicians, their Handlers, Lobbyists, the News Media, etc) have not realized that the 2012 election is going to be Part 2 of the 2010 shellacking of the government-knows-best, government-only-solutions party (i.e., Dem0crats). The fact is you cannot screw up indefinitely, throwing away people’s money and destroying their hard earned wealth, without repercussions. Voters will fire failures." --AJ Strata

While still not wildly enthusiastic about Romney, possibly not voting for him... so definitely not a fanboy(tm), I went through the same thing the media is printing. The difference is I went through this thinking as a man, they are going through it because they think they can 'reach out to me'. They can kiss off.

What I have personally determined is... No, Romney ISN'T a regular guy. He is quite a bit better. He would be a great neighbor, worker, boss, father, brother. He would be exceptional, though not perfect of course, in most ways where one might interact with him. Compare and contrast to Obama. Would you... really want Obama, and his friends, as your neighbors? Really? How many terrorists would visit, how many of the worst sorts? Like Carter, who I am surprised didn't have Arafat over for dinner, or Castro. And yet, for the most part, he knows he isn't perfect either, so would generally simply understate his hand and not really push his reasonable moral, social, and economic weight around. Adding to that exceptionalism. Obama would use whatever legal, social, or other powers to force you, as an associate or neighbor, to do or not do what he wants, and quite often simply start with force rather than words, as cowards do. The difference is clear.

Still, just because I think a man is a good, maybe great, possibly exceptional man... does not make him necessarily a reasonable or morally correct politician. If it truly has come down to perpetually voting for slightly better or slightly worse, I may just quit.

Romney's an imperfect candidate and you well know I didn't support him in the Primary.

But Obama will DESTROY THIS COUNTRY if given four more years. He doesn't think $16 trillion in debt is enough. He is shredding the military and working secret deals with the Russians. He's allowing Iran to get nukes and keeping the border open (not a good combination when Hezbollah, Iran's terror wing, is operating in Mexico).

Dude, get your head in the game.

This is not a typical election. This is for all the marbles.

I am a bit furious at the LSM and conservative bloggers!

Under 'Scandal Central' you have a link for "Report Blows Huge Hole in Obama's Fake Biography" from Lid...well there was quite a few of us that stated these same facts along with the US Constitutions eligibility requirements...only to be labeled 'BIRTHERS'!!!

What a farce the MFM (formally known as LSM -- figure the first two letters out yourself...) and most conservative bloggers and other suppose conservatives in RINO clothing!!!

I pray it is not to late for our country vetting barry...but then again it probably was in 2008 when IT was never vetted!!!

Dang so PO'd...forgot to add 2007 to '...well there was quite a few of us that stated these same facts along with the US Constitutions eligibility requirements...only to be labeled 'BIRTHERS'!!!'