KEYSTONE KOMRADES: Obama aides contradict each other on Sunday talk shows as the Benghazi-gate cover-up unravels 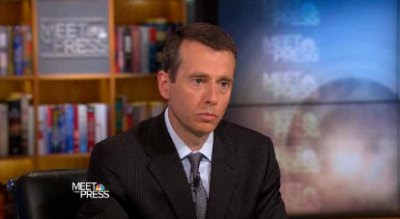 So Plouffe was flat-out lying (quite the shocker, I know). But in what is becoming a pattern for this administration, the various handlers can't keep their cover-up stories straight.

...when the host asked a similar question, Axelrod said, “Well, first of all, Candy, as you know, the President called it an act of terror the day after it happened, But when you're the responsible party, when you're the administration and you have a responsibility to act on what you know and what the intelligence community believes. This is being thoroughly investigated because we need to bring to justice.”

To put it bluntly, President Obama's key advisers are contradicting each other as the Benghazi-gate cover-up continues to unravel and even antique media is forced to cover it. This story, according to veteran observers familiar with both, is bigger than Watergate. An Ambassador and three other American diplomatic personnel are dead.

And every story the administration has told the American people about the terror attack was false.

Benghazi Gate is operation Fast and Furious, crisis as a means Baby!

These commie psychopaths of the obama regime are completely out of control.

They are trying to bring the entire world into conflagration.

Crisis, turmoil and fear is the psychological weapon of choice for totalitarian systems of power. The things that can be accomplished is unlimited, things that would never pass out in the open. Overwhelm, make the people afraid, get them to surrender their rights in the name of national security, go along with things that if they knew the truth, would reject without hesitation. And once you have suckered the useful dupes, finish off the few who aren’t afraid enough.

These maniacs running this country are the barbarians at the gate.