A new, 18-minute mini-documentary follows the journey of Irina, a 23-year-old liberal, Jewish New Yorker who voted for Obama in 2008. Yet as her connection to Israel has grown, and she has learned more about the President's policies across the Middle East and towards Israel in particular, Irina has come to realize that "when the chips are down," the President may not "have Israel's back"... 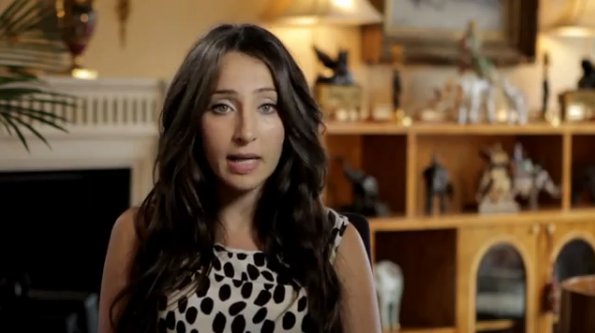 Just like all Obama voters, this naive dialogical bubble-headed kid voted for the wrong person and now we all suffer the consequences. How do you like your “Hope & Change” now? Obama is a Muslim, pure and simple. WTF did she expect? So the Middle East ends up being a glass menagerie as the temperatures of a nuclear detonation approaches the non-Israeli capital of Jerusalem. It is now the 2008 Obama supporters to drag seven of their idiotic friends to the polls in Nov. What they don’t expect is this fking clown is going to steal the election. Why else would they order 1.3 billion bullets for domestic use in the past 8 months. You fkd up little girl; you and your liberal views.

I share the anger with Anonymous, but I also posted the video and was encouraged to see that she met her husband in Israel. She is an American Jew apparently, younger of course 4 years ago, and idealistic - never watched a single thing about Jeremiah Wright or Obama Sr. I'd put money on it.

I think the video is really good, and if it moves some people to think (Jewish Americans), who might not otherwise, then that makes me happy.

24% of Catholics voted for Obama. I hope that changes this time too.