Vexing problem for laughingstock media: how to blame Mitt Romney for Barack Obama's "Egypt no longer an ally" gaffe

Just moments after accusing Mitt Romney of "shooting first and aiming later", President Obama accidentally blurted out a slight modification to U.S. foreign policy: Egypt is no longer an ally of the United States.

Barack Obama’s assertion that he doesn’t consider Egypt an ally stunned NBC’s chief foreign correspondent Richard Engel. Engel, reporting from Cairo, tells Chuck Todd that he needed to “sit down” after hearing that statement. Engel reminds Todd that the US had two major Arab allies in the region when Obama took office, on which it spent a significant amount of foreign aid to keep it that way — Egypt and Saudi Arabia. If we’ve lost Egypt as an ally, Engel asks, wasn’t supporting the effort to overthrow Hosni Mubarak a huge mistake? 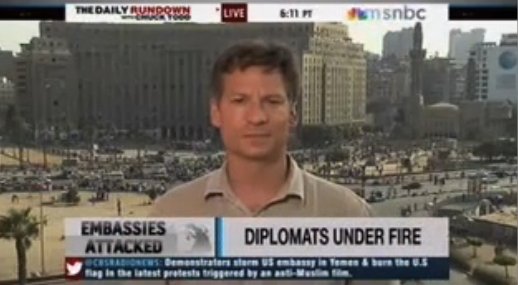 After accusing Mitt Romney of "shooting first, aiming later" -- in the very same interview -- the White House immediately attempted to walk back the president's diplomatic gaffe.

President Barack Obama didn't intend to signal any change in the U.S.-Egypt relationship last night when he said Egypt is not an "ally," the White House told The Cable today.

In an interview with Telemundo Wednesday night, Obama said that the U.S. relationship with the new Egyptian government was a "work in progress," and emphasized that the United States is counting on the government of Egypt to better protect the U.S. Embassy in Cairo, which was attacked by protesters on Sept. 11. 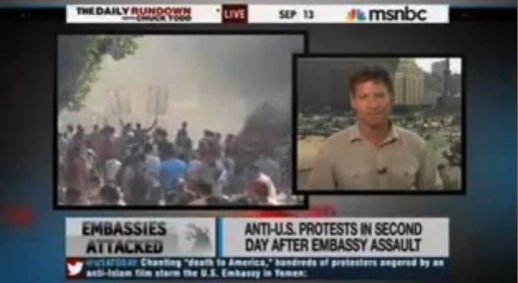 That comment had Egypt watchers scratching their heads, especially since technically, Egypt was designated as a Major Non-NATO Ally in 1989 when Congress first passed the law creating that status, which gives them special privileges in cooperating with the United States, especially in the security and technology arenas.

White House spokesman Tommy Vietor told The Cable Thursday that the administration is not signaling a change in that status.

Zer0bama seems to be quite out of his element lately.

Perhaps they changed his meds but neglected to warn him not to operate heavy machinery or speak in public.

you get the feeling the Preezy doesn't know his allies from a hole in the ground?

Obama is entirely consistent. What he meant is that the Egyptian government is no longer a friend of the US (true) and therefore deserves the respect and support of the Obama administration.

If you do not have time to look at the whole process of the Paris Fashion Week, it does not matter, we look back at this most beautiful handbags Paris Fashion Week, bracelet, coral inlaid from lanvin shells shape, to lanvin bag show floor careless lazy bohemian handbags, In addition, we can also see the Lanvin show floor serpentine lanvin handbag these handbags are about to become the 2012 autumn season, the most fashionable bags accessories.

I think that Richard Engel should have unassed himself from Egypt about a week ago.