...to name but a few. And I refer, of course, to the sanctimonious schmuck of a mayor and not the news service. 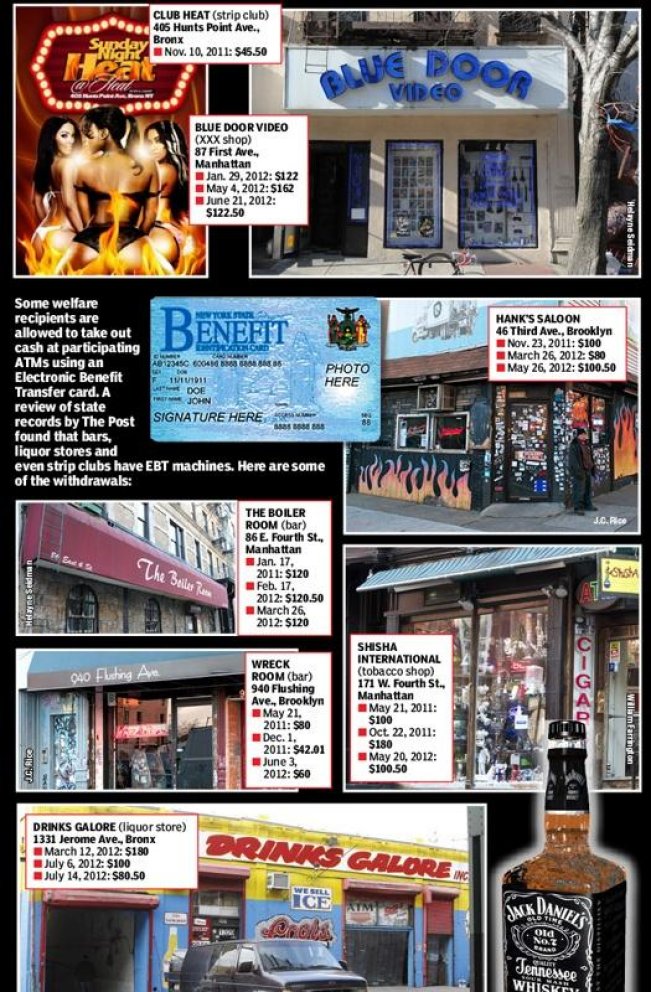 ...One EBT machine is stationed inside Club Eleven, an infamous Hunts Point jiggle joint known as much for its violent history as its girls in pink thongs.

...Club Heat, another Bronx strip club that dispenses EBT cash, is also no stranger to violence. A 33-year-old woman was fatally shot in the head outside the club in December 2011.

Critics blasted the government for turning a blind eye to welfare’s sleazy money.

Yes, Mayor Bloomberg wants to regulate the size of soda cups, the use of salt and -- of course -- the ability of law-abiding citizens to protect themselves by carrying concealed weapons.

In the mean time, his city and state treasuries -- not exactly overflowing with cash at the moment -- are being looted while Bloomberg dreams up more failed, totalitarian plans.

It's benefits, ...with benefits!