Just when you think the Left's tactics have hit rock bottom, they pull out a Tunnel Boring Machine and start digging a new sub-level. Judicial Watch has the summary of another brilliant maneuver by the Smartest President Ever™ with an assist from everyone who thinks Gitmo should be shut down:

Years after liberating an Al Qaeda operative from the military prison at Guantanamo, the United States government has put him on a global terrorist list and offered a $5 million reward for information on his whereabouts. 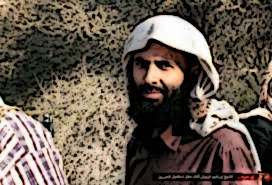 The unbelievable story comes as President Obama frees more and more terrorists—including four to Afghanistan over the weekend— long held in the military compound at the U.S. Naval base in southeastern Cuba. The president’s goal is to close the prison, a campaign promise that dates back to 2008, by relocating the last of the world’s most dangerous terrorists. Still left at the facility are 9/11 masterminds Khalid Sheikh Mohammed (KSM), Ramzi Binalshibh, Ali Abdul Aziz Ali, and Mustafa Ahmed Adam al Hawsawi as well as USS Cole bomber Abd al-Rahim al-Nashiri.

Hundreds of Gitmo terrorists have been discharged over the years under a program that started with President George W. Bush and continued full-throttle with this administration. Intelligence report after intelligence report has revealed that many rejoin terrorist missions after leaving the military prison. In fact, Judicial Watch has been reporting this for years. Back in 2010 JW wrote about a report that the Director of National Intelligence gave Congress documenting that 150 former Gitmo detainees were confirmed or suspected of “reengaging in terrorist or insurgent activities after transfer.” At least 83 remained at large, according to the document.

Now we learn that the U.S. government is secretly admitting that it erred in at least one case, the release of a Saudi national named Ibrahim al-Rubaysh. In late 2006 the Bush administration repatriated him back home under a Saudi Arabian “rehabilitation” program that supposedly reformed Guantanamo Bay jihadists but instead has served as a training camp for future terrorists. In fact, in 2008 counterterrorism officials confirmed that many of the terrorists who return to “the fight” after being released from U.S. custody actually graduated from the laughable Saudi rehab program, which started under Bush and continued under Obama.

It turns out that al-Rubaysh is the poster child for the Saudi rehab’s failures. He’s a dangerous Al Qaeda operative based in Yemen and now, years after freeing him, the United States wants him captured. This month the State Department coined the “senior leader” of Al Qaeda in the Arabian Peninsula (AQAP) a Specially Designated Global Terrorist. “He serves as a senior advisor for AQAP operational planning and is involved in the planning of attacks,” a State Department announcement says. “He has served as a senior AQAP sharia official since 2013, and as a senior AQAP sharia official, al-Rubaysh provides the justification for attacks conducted by AQAP. In addition, he has made public statements, including one in August 2014 where he called on Muslims to wage war against the United States.”

The U.S. government has also offered a $5 million reward for information that could lead to al-Rubaysh’s capture. The prize is part of a $45 million pot offered by the State Department’s Rewards for Justice Program involving eight key AQAP leaders, among them al-Rubaysh. Information on some of al-Rubaysh’s buddies could net informants $10 million, but he’s only worth half that, according to the U.S. government. The bottom line remains; The U.S. had him and let him go. Now it’s offering a chunk of change for his capture. Uncle Sam has paid out over $125 million to more than 80 people who provided actionable information that put terrorists behind bars or prevented acts of international terrorism worldwide. The reward program appears to be the government’s best hope of capturing this terrorist it once held.

Yes, but by all means, let's keep freeing hardened terrorists from Gitmo. What could go wrong, eh, Eric Holder?