What Mark Levin Thinks About the Ambitions of the Bush Family

Mark Levin was less than thrilled to hear that Jeb Bush is running for president. 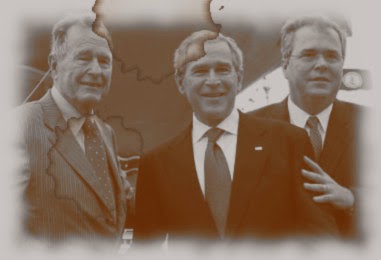 On his radio show, Levin called “the ambition of a single family” a “serious matter.”

“Attempting to hold that office with three different members [of the same family] is worthy of discussion,” said Levin.

He added that this ambition “should concern people who live in a republic.”

Here are five reasons why he thinks so:

1. There Are Others Who Could Serve

“There’s a score of governors, senators and others who are highly qualified on many levels and in many ways to serve as president,” said Levin. “We need a rotation of individuals.”

2. The “Establishment” of the Republican Party Lacks the “Courage and Confidence” to Seek Out Other Candidates

3. Only “Financiers and Corporatists” Have a “Vested Interest” in Jeb Bush

“It’s never been contemplated to have three members of the same family serve,” said Levin.

He added that there’s only been one previous father-son duo serve as president, John Adams and John Quincy Adams, who each served only one term.

“If his name was Jeb Smith, the former fairly successful governor of Florida, he’d be back in the pack,” said Levin.

Levin concluded the segment by asking listeners, “Do you think this is healthy?”

"Do you think this is healthy"

When the same symptoms keep manifesting, it's certainly a sign the patient isn't getting any better.

Bush should listen to his mother. She said that in a country with 330 million people, we don't need another Bush in the White House---proving that mothers always know best.

I'm unsure we would be happy with the Bushes as our royal family.

Clinton vs. Bush Part II. Yeah it doesn't get any better than this. Thrill to the epic battle of Commie vs. Socialist. Watch as both combatants twist the language to hide their minor variations of intent. More Obamacare, more Common Core and more growth of government; while both claiming to "restore the American dream" and "help the middle class" who've suffered the depredations of both political parties. Pardon me while I puke.