A Government of Wolves


“The truth is that the State is a conspiracy designed not only to exploit, but above all to corrupt its citizens.”—Leo Tolstoy 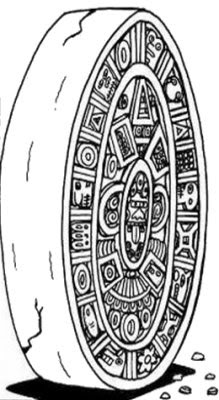 My 7-year-old granddaughter has suddenly developed a keen interest in card games: Go Fish, Crazy Eights, Old Maid, Blackjack, and War. We’ve fallen into a set pattern now: every time we play, she deals the cards, and I pretend not to see her stacking the deck in her favor. And of course, I always lose.

I don’t mind losing to my granddaughter at Old Maid, knowing full well the game is rigged. For now, it’s fun and games, and she’s winning. Where the rub comes in is in knowing that someday she’ll be old enough to realize that being a citizen in the American police state is much like playing against a stacked deck: you’re always going to lose.

The game is rigged, and “we the people” keep getting dealt the same losing hand. Even so, we stay in the game, against all odds, trusting that our luck will change.

The problem, of course, is that luck will not save us. The people dealing the cards—the politicians, the corporations, the judges, the prosecutors, the police, the bureaucrats, the military, the media, etc.—have only one prevailing concern, and that is to maintain their power and control over the country and us.

It really doesn’t matter what you call them—the 1%, the elite, the controllers, the masterminds, the shadow government, the police state, the surveillance state, the military industrial complex—so long as you understand that while they are dealing the cards, the deck will always be stacked in their favor.

Incredibly, no matter how many times we see this played out, Americans continue to naively buy into the idea that it’s our politics that divide us as a nation. As if there were really a difference between the Democrats and Republicans. As if the policies of George W. Bush were any different from those of Barack Obama. As if we weren’t a nation of sheep being fattened for the kill by a ravenous government of wolves.

We’re in trouble, folks, and changing the dealer won’t save us: it’s time to get out of the game.

We have relinquished control of our government to overlords who care nothing for our rights, our dignity or our humanity, and now we’re saddled with an authoritarian regime that is deaf to our cries, dumb to our troubles, blind to our needs, and accountable to no one.

Even revelations of wrongdoing amount to little in the way of changes for the better.

For instance, after six years of investigation, 6,000 written pages and $40 million to write a report that will not be released to the public in its entirety, the U.S. Senate has finally concluded that the CIA lied about its torture tactics, failed to acquire any life-saving intelligence, and was more brutal and extensive than previously admitted. This is no revelation. It’s a costly sleight of hand intended to distract us from the fact that nothing has changed. We’re still a military empire waging endless wars against shadowy enemies, all the while fattening the wallets of the defense contractors for whom war is money.

Same goes for the government’s surveillance programs. More than a year after Edward Snowden’s revelations dominated news headlines, the government’s domestic surveillance programs are just as invasive as ever. In fact, while the nation was distracted by the hubbub over the long-awaited release of the Senate’s CIA torture, the Foreign Intelligence Surveillance Court quietly reauthorized the National Security Agency’s surveillance of phone records. This was in response to the Obama administration’s request to keep the program alive.

Police misconduct and brutality have been dominating the news headlines for months now, but don’t expect any change for the better. In fact, with Obama’s blessing, police departments continue to make themselves battle ready with weapons and gear created for the military. Police shootings of unarmed citizens continue with alarming regularity. And grand juries, little more than puppets controlled by state prosecutors, continue to legitimize the police state by absolving police of any wrongdoing.

These grand juries embody everything that’s wrong with America today. In an age of secret meetings, secret surveillance, secret laws, secret tribunals and secret courts, the grand jury—which meets secretly, hears secret testimony, and is exposed to only what a prosecutor deems appropriate—has become yet another bureaucratic appendage to a government utterly lacking in transparency, accountability and adherence to the rule of law.

It’s a sorry lesson in how a well-intentioned law or program can be perverted, corrupted and used to advance illegitimate purposes. The war on terror, the war on drugs, asset forfeiture schemes, road safety schemes, school zero tolerance policies, eminent domain, private prisons: all of these programs started out as legitimate responses to pressing concerns. However, once you add money and power into the mix, even the most benevolent plans can be put to malevolent purposes.

In this way, the war on terror has become a convenient ruse to justify surveillance of all Americans, to create a suspect society, to expand the military empire, and to allow the president to expand the powers of the Executive Branch to imperial heights.

Under cover of the war on drugs, the nation’s police forces have been transformed into extensions of the military, with SWAT team raids carried out on unsuspecting homeowners for the slightest charge, and police officers given carte blanche authority to shoot first and ask questions later.

Asset forfeiture schemes, engineered as a way to strip organized crime syndicates of their ill-gotten wealth, have, in the hands of law enforcement agencies, become corrupt systems aimed at fleecing the citizenry while padding the pockets of the police.

Eminent domain, intended by the founders as a means to build roads and hospitals for the benefit of the general public, has become a handy loophole by which local governments can evict homeowners to make way for costly developments and shopping centers.

Private prisons, touted as an economically savvy solution to cash-strapped states with overcrowded prisons have turned into profit- and quota-driven detention centers that jail Americans guilty of little more than living off the grid, growing vegetable gardens in the front yards, or holding Bible studies in their back yards.

Traffic safety schemes such as automated red light and speed cameras, ostensibly aimed at making the nation’s roads safer, have been shown to be thinly disguised road taxes, levying hefty fines on drivers, most of whom would never have been pulled over, let alone ticketed, by an actual police officer.

School zero tolerance policies, a response to a handful of school shootings, have become exercises in folly, turning the schools into quasi-prisons, complete with armed police, metal detectors and lockdowns. The horror stories abound of 4- and 6-year-olds being handcuffed, shackled and dragged, kicking and screaming, to police headquarters for daring to act like children while at school.

As for grand juries, which were intended to serve as a check on the powers of the police and prosecutors, they have gone from being the citizen’s shield against injustice to a weapon in the hands of government agents. A far cry from a people’s court, today’s grand jury system is so blatantly rigged in favor of the government as to be laughable. Unless, that is, you happen to be one of the growing numbers of Americans betrayed and/or victimized by their own government, in which case, you’ll find nothing amusing about the way in which grand juries are used to terrorize the populace all the while covering up police misconduct.

Unfortunately, as I make clear in my book A Government of Wolves: The Emerging American Police State, we’re long past the point of simple fixes. The system has grown too large, too corrupt, and too unaccountable. If there’s to be any hope for tomorrow, it has to start at the local level, where Americans still have a chance to make their voices heard. Stop buying into the schemes of the elite, stop being distracted by their sleight-of-hands, stop being manipulated into believing that an election will change anything, and stop playing a rigged game where you’ll always be the loser.

This article was terrific.

I think there is a substantial percentage of Americans that have just about had it. Particularly after what we saw the Republican party do for Obama with the omnibus and spit on the constituency that put them in control of Congress.

All it takes is the right spark to start a fire.

Readers may wonder why or how police, prosecutors, or state bureaucrats seek to exert "control" over us. As someone who deals with these folks on a daily basis, I have my opinions. These folks aren't actively part of some grand scheme. They are trying to do their jobs - serving local citizens and businesses - but are overwhelmed with rigid rules and procedures. If paying attention to your interests and concerns will cause them to break routine rules and procedures, making them subject to discipline, guess who is going to lose? And if you dare resist protocol, you quickly become the enemy. Once you're the enemy, you are subject to all kinds or arbitrary abuse because you are the seen as the impediment to smooth job completion. You are nothing but another in a long line of people whose application, case, or permit request is being processed, according to mandatory guidelines, in triplicate, and on the new form they created to consolidate all the information on the other forms.
And in walks Eric Holder with his long awaited scheme to place local police departments under federal controls, and establish federal guidelines, rules, and procedures. How do you think the state bureaucrats will handle that? Simple. By becoming even more distant from the people they serve.
My suggestion is to never offend your local state bureaucrat but appease him, grovel, and comply. And keep doing that, for your own sake, unless things change.

It is time to get rid of the bastards. We gave them every opportunity, we placed our trust in them, all we really wanted was to be left alone to lead our lives properly without the insidious meddling in our every affairs, and tribute we are forced against our will and legitimate cause to relinquish, with the added insult we are domestic terrorists and racist if we do not comply, and the threat of force and violence be laid upon us if we defy this, this punitive dictatorial order to be subservient to a class of pathological liars, professional con artists, an oligarchy of the lowest common denominator, psychopaths when you get down to the root of it all.

Up their worthless arse!

They laugh at us little people, rub our noses in the injury to our principles of civility and honor for the values of Judea Christian natural law, they spit on our liberty, and wage administrative war by order of diktat of every facet in the sphere of our lives.

I welcome the coming comeuppance these scum have so richly earned.
I have had enough also.
There is no redeeming value in this matter which will divest me of my retribution for the insult and injury, the trespasses upon my liberty and happiness, foisted on me by this class of criminals and their sycophants.

Up their worthless arses!