CONFIRMED: the President Lied to You About the IRS Scandal

The Las Vegas Review-Journal offers an incisive summary of the most egregious abuse of political power in modern American history.

It seems rather startling to me that the press would ignore the use of the IRS as a political bludgeon, but -- then again -- anything goes when a Democrat occupies the Oval Office. 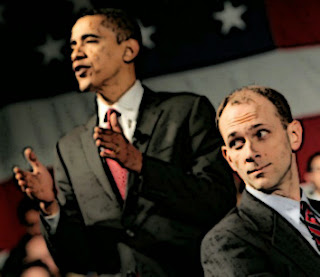 Back in February, President Barack Obama said the apparent targeting of conservative organizations by the IRS was not illegal or politically motivated, but rather the result of “some bone-headed decisions,” and that “not even a smidgen of corruption” was at play. A few months — and developments — later, however, the president’s words are even less believable than they were then.

First, nonprofit watchdog group Cause of Action filed a Freedom of Information Act request for documents from the IRS indicating that the agency had been sharing individuals’ private tax data with the White House. (The group was trying to obtain information proving the existence of an independent investigation into alleged unauthorized access to the Koch brothers’ tax returns by former White House senior economics adviser Austan Goolsbee.) When the agency dragged its feet and ultimately denied the request, Cause of Action sued. A judge ruled in Cause of Action’s favor, ordering the IRS to turn over all of the documents by December 1.

Despite the court order, however, the IRS has continued to stonewall, refusing to share the requested records. While the Treasury Inspector General for Tax Administration (TIGTA) claimed initially that the IRS would comply and turn over more than 2,000 pages of documents, it abruptly reneged, saying in a letter to Cause of Action on December 1 that, yes, they did indeed have 2,043 pages of documents relating to the FOIA request, but that Cause of Action couldn’t see them due to federal privacy laws.

Yes, that's right: through its refusal to release the documents, the Inspector General has essentially confirmed that the IRS shared private taxpayer with the White House.

And, yes, that's a federal crime.

What, exactly, was the White House doing with more than 2,000 pages of documents containing private tax data of various Americans? Is the IRS helping the Obama administration go after the “dark money” groups the president and his party have long condemned? And what are we to make of the fact that as many as 30,000 supposedly destroyed emails from former IRS Exempt Organizations Director Lois Lerner have suddenly turned up — emails from January 2009 through June 2011, the time period during which the IRS was ramping up its conservative targeting efforts?

When the complete history of the IRS scandal is written -- and, believe me, it will be -- careers will be ruined, lives will be turned upside down, and the legacy of Barack Obama will be one of rampant, wanton criminality.

Which seems so, so out of character for a Chicago political hack weaned at the teat of Saul Alinsky.

Not with the spineless Republican leadership it ain't

I don't see why anyone might be surprised, since everything Obama says is a lie, to one degree or other.

Lie, cheat, steal, kill: the commie motto. And guess who's a commie?

Given our predicament, why the F**K is John Boehner still at the head of OUR party?!