You'll think this is satire, but Michael Snyder assures us that it is anything but.

...A massive federal takeover of education known as “Common Core” is attempting to impose nationwide academic standards on public schools throughout the entire country. Thanks to the backing of billionaire Bill Gates, endless promotion by the U.S. Department of Education, and financial bribes to state governments by the Obama administration, 45 states and Washington, D.C. have already agreed to implement the full Common Core standards in their schools. Unfortunately, these “standards” are doing to public education what Obamacare is doing to our health care system – absolutely ruining it. Just look at how basic math instruction has changed. Posted below is a comparison between the “old method” of subtraction and the “new method” of subtraction being taught in many of our schools. When I first came across this on Facebook, I thought that it was a joke… 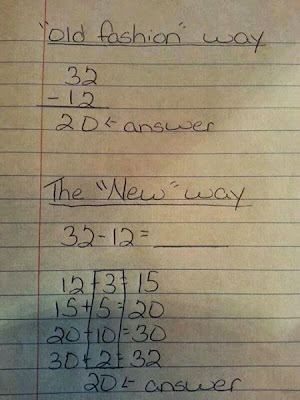 But it is actually true.

Here is another example of this. The following is an incredibly bizarre Common Core math problem and the response by one very frustrated parent that has gone viral all over the Internet recently... 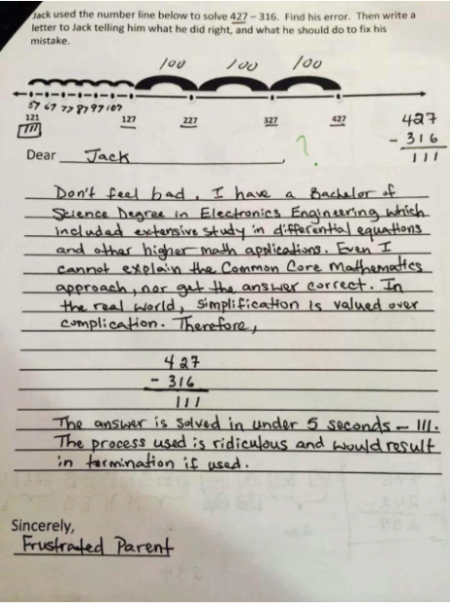 The frustration being experienced by that parent is quite understandable. When I first looked at that math question, I could almost feel myself getting dumber while I read it.

Is this kind of “math” really preparing our kids for the real world?

But these are the kinds of questions that textbook writers come up with as they attempt to implement the standards of Common Core...

...Here is another example of some Common Core math: 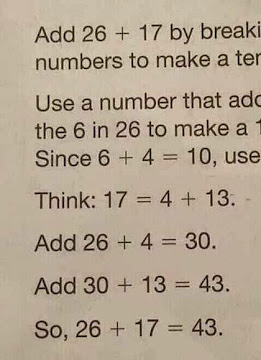 Are you kidding me?

Why make things so convoluted?

Are they actually trying to make our kids hate math more than they already do?

And old terms such as “add” and “subtract” are out. As you can see from the “Common Core – Parent Cheat Sheet” posted below, our kids are now learning how to “increase” and “decrease”… 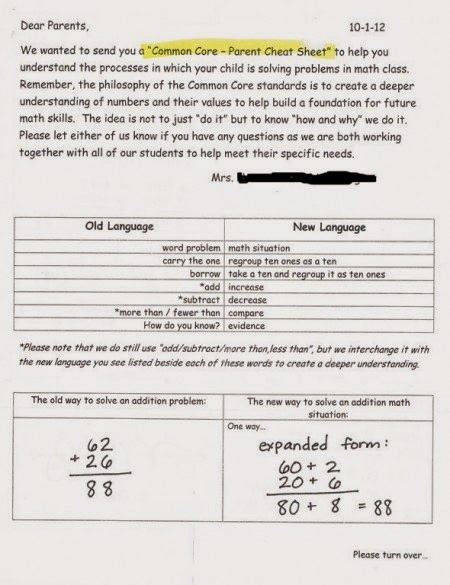 And of course Common Core is not just messing with math.

This is, quite literally, madness.

Big government and academia are killing off precise, simple methods of instruction and teaching gibberish.

You can read the entire, pathetic story here. While doing so, please remind yourself that GOP Establishment favorite Jeb Bush supports this insanity.

And I feel guilty for counting in my fingers.

The old way puts a man on the moon. Provides electricity and clean water to every home on the grid. Transports anything from Maine to Oregon in 4 hours. Develops the computer. Increases life expectancy to 77 years.

Look around you and everything is the 'old fashion way'. It seems to have done a pretty good job.

I don't know...still trying to figure out how they got the answer 20 in the first example of the 'New Way'.

Dang guess my BSBA with having to take Differential Calculus doesn't matter because I would have failed in my first attempt...

Anon:
Took me a few tries, but I finally figured it out.