THE TIME IS NOW: An Article V Convention To Shrink Government and End Political Corruption

Every two years, we hear that the coming election is a historic watershed. 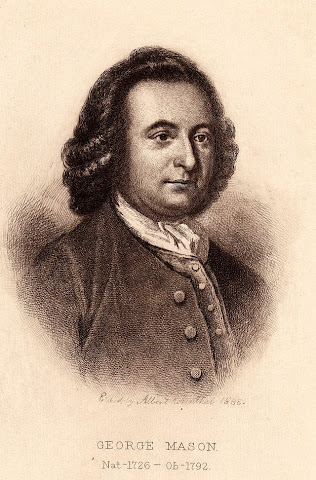 Then on November 5, faced with the choice between making the hard choices needed to tackle our nation’s big challenges and positioning themselves for the next election, most Washington politicians instantly fixate on the next election.

Meanwhile, our national debt and unfunded future promises have mounted to a crushing $100 trillion. Our economy is fueled almost entirely on printed money and is producing too few living-wage jobs. Federal power is so dangerously concentrated that Washington now monitors much of our personal communication and controls the curriculum in our local schools.

Regardless of Republican or Democrat control, we are stuck with the Ex-Im Bank (half of whose taxpayer subsidized loan guarantees go to just one company, Boeing), corn ethanol mandates, the Raisin Control Board and sugar import restrictions (all drive up food cost to benefit a handful of agribiz campaign contributors), and the M1 Abrams tank upgrade program (lives on despite fervent opposition by the sequester-constrained Pentagon because program suppliers are spread across 173 Congressional districts). Congress rams through hyper-complex, purposefully unintelligible 2,000 page bills, unread by members and written by special interest lobbyists seeking economic and regulatory privileges at the expense of ordinary citizens.

Little has changed over the past thirty years, other than that the underlying problems have grown worse. Only by amending our constitution can we force Washington to exercise fiscal discipline, address systemic political money corruption, and relinquish power back to the states and the people.

There are two means provided in Article V to amend the constitution. All 27 amendments to date have been proposed by Congress and ratified by the necessary three-quarters of the states. But our constitution’s framers had the immense foresight to anticipate a Congress so corrupted by political careerism as to be incapable of self-reform and therefore provided a second and as yet unused amendment route. If the legislatures of two-thirds of the states (now 34) pass resolutions applying for a convention to debate and shape proposed amendments, Congress is compelled to call an amending convention. If a convention agrees on the language of one or more proposed amendments, legislatures or conventions of three-quarters of the states (now 38) must agree to ratify.

Twenty-four states, including New Hampshire, have already applied to Congress to call a convention to shape an amendment to require a balanced federal budget, other than in times of emergency. Supermajorities of the American people also want term limits for members of Congress, a smaller federal government, and a means to reign in systemic political corruption. Several national organizations on the right and left are asking state legislatures to apply for a convention to address one or more of these subjects.

Because it has never been used, there is great controversy and uncertainty about the state-initiated amending process. Some fear a “runaway” convention proffering amendments to gut our Bill of Rights or adopt full-on socialism. This cannot happen because convention delegates will span the full spectrum of views held by the American people and will struggle mightily to reach agreement on amendment language likely have the broad supermajority public support needed to gain ratification by 38 states. Delegates will be acutely aware that it takes only thirteen states to kill too extreme amendments. Just as New Hampshire, Wyoming, Alaska, and at least ten other states will reject restrictions on our Second Amendment rights, so will New York, California, New Hampshire and at least ten other states reject a constitutional ban on gay marriage.

Join me in support of balanced budget amendment convention applications in other states and for application resolutions by the New Hampshire legislature on other pressing subjects. Help me persuade the Republican National Committee to drop its opposition to an Article V convention. Let’s work together, right and left as we must, to gain use of the most powerful tool we have to address our nation’s toughest challenges.

One of the roots a wasteful, foolish, intrusive, thuggish, and sometimes tyrannous government is the ease with which it can create almost unlimited amounts of money out of thin air. Near-infinite money buys near-infinite government, and a bureaucracy that is generously funded can entertain an open-ended dream about how to expand its realm.

Every day more people are coming to the judgment that a carefully organized effort to repair the constitution via the States' power to propose and ratify amendments poses less risk to our liberty and prosperity than the present trajectory of the federal government and especially the federal bureaucracy whose self-published rules carry the weight of law.

...
The first order of business of an Article V Convention must be to limit government's ability to create and spend near-infinite amounts of money.

A call for the TOTAL separation of business and state. A governments job is to GOVERN not ensure the profits of business

AS long as it doesn't turn into a Constitutional convention where the whole document can be re-written.

Some one explain to me what use such a convention will serve if we haven't used the Constitution since the Civil War.

If the GOP will not stop Obama now what changes in such a convention would stop another Obama?

Without honorable men of conviction and integrity our Constitution is just a piece of paper.

There is a idea of day trading where there are investors who screw got whatsoever misconception roughly it.

"Manipulation of the currency" is described in the Constitution as treason, punishable by the death penalty. Has not the Federal Reserve done just that, since inception? Abolishing the Fed will fix a multitude of problems.