JUST SUPER: FBI Most Wanted Al Qaeda terrorist "crossed back and forth" between US and Mexico for years

The invaluable Judicial Watch reports that deportations of illegal aliens has hit another new low. And the inevitable result is as disgusting as it is predictable.

Obtained from Immigration and Customs Enforcement (ICE) this month by a mainstream newspaper, the figures reveal that President Obama deported fewer illegal aliens in the last year than at any time during his tenure. This despite the fact that federal agents caught nearly half a million people trying to cross into the U.S. in the fiscal year ending in September. “An even bigger decline came in the numbers of people removed after living for some time in the U.S., mostly after being ensnared in the criminal justice system,” the newspaper reports.

Oh, wait! It gets better. An FBI "Most Wanted" Al Qaeda terrorist crossed freely back and forth between the U.S. and Canada "for years". 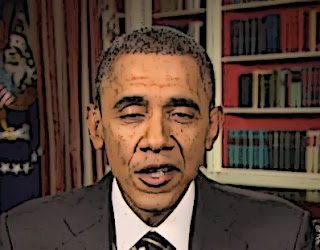 The news could not come at a worse time, on the heels of a shocking case reported by Judicial Watch this week involving an Al Qaeda terrorist on the FBI’s most wanted list who for years crossed back and forth into the United States from Mexico. The jihadist, Adnan G. El Shukrijumah (also known as “Javier Robles”), met with fellow militant Islamists in El Paso Texas, according to JW’s law enforcement sources, and even piloted an aircraft into the Cielo Dorado airfield in Anthony New Mexico earlier this year. Shukrijumah is the poster child for the need to secure the perpetually porous southern border.

Instead, Obama has issued an administrative amnesty to millions of illegal immigrants in the U.S. while the border remains particularly vulnerable. The new ICE report says that federal agents removed 315,943 last year, a 14% drop from the previous year. The administration went even easier on illegal aliens with criminal records, removing only 102,000, a 23% drop from 2013 and fewer than half the number of people deported in 2011. Only two-thirds of the illegal immigrants caught at the border were sent back, marking a 9% decline from the previous year.

Rest assured that this means you and I will be paying for the Social Security benefits of terrorists (not to mention gang-bangers, felons, kidnappers, murderers and other illegal alien criminals).

Doug, in paragraph 3, it says Canada, but I think you mean Mexico.

And don't be so curious about the rear ends of other people, you weirdo.