Did the Saudis and the US Really Collude to Smash Oil Prices?

The oil price drop that has dominated the headlines in recent weeks has been framed almost exclusively in terms of oil market economics, with most media outlets blaming Saudi Arabia, through its OPEC Trojan horse, for driving down the price, thus causing serious damage to the world's major oil exporters – most notably Russia. 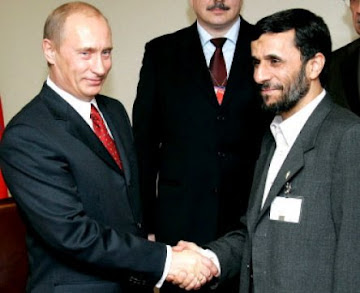 While the market explanation is partially true, it is simplistic, and fails to address key geopolitical pressure points in the Middle East.

Oilprice.com looked beyond the headlines for the reason behind the oil price drop, and found that the explanation, while difficult to prove, may revolve around control of oil and gas in the Middle East and the weakening of Russia, Iran and Syria by flooding the market with cheap oil.

We don't have to look too far back in history to see Saudi Arabia, the world's largest oil exporter and producer, using the oil price to achieve its foreign policy objectives. In 1973, Egyptian President Anwar Sadat convinced Saudi King Faisal to cut production and raise prices, then to go as far as embargoing oil exports, all with the goal of punishing the United States for supporting Israel against the Arab states. It worked. The “oil price shock” quadrupled prices.

It happened again in 1986, when Saudi Arabia-led OPEC allowed prices to drop precipitously, and then in 1990, when the Saudis sent prices plummeting as a way of taking out Russia, which was seen as a threat to their oil supremacy. In 1998, they succeeded. When the oil price was halved from $25 to $12, Russia defaulted on its debt.

The Saudis and other OPEC members have, of course, used the oil price for the obverse effect, that is, suppressing production to keep prices artificially high and member states swimming in “petrodollars”. In 2008, oil peaked at $147 a barrel.

Turning to the current price drop, the Saudis and OPEC have a vested interest in taking out higher-cost competitors, such as US shale oil producers, who will certainly be hurt by the lower price. Even before the price drop, the Saudis were selling their oil to China at a discount. OPEC's refusal on Nov. 27 to cut production seemed like the baldest evidence yet that the oil price drop was really an oil price war between Saudi Arabia and the US.

However, analysis shows the reasoning is complex, and may go beyond simply taking down the price to gain back lost marketshare.

“What is the reason for the United States and some U.S. allies wanting to drive down the price of oil?” Venezuelan President Nicolas Maduro asked rhetorically in October. “To harm Russia.”

Many believe the oil price plunge is the result of deliberate and well-planned collusion on the part of the United States and Saudi Arabia to punish Russia and Iran for supporting the murderous Assad regime in Syria.

Proponents of this theory point to a Sept. 11 meeting between US Secretary of State John Kerry and Saudi King Abdullah at his palace on the Red Sea. According to an article in the Wall Street Journal, it was during that meeting that a deal was hammered out between Kerry and Abdullah. In it, the Saudis would support Syrian airstrikes against Islamic State (ISIS), in exchange for Washington backing the Saudis in toppling Assad.

If in fact a deal was struck, it would make sense, considering the long-simmering rivalry between Saudi Arabia and its chief rival in the region: Iran. By opposing Syria, Abdullah grabs the opportunity to strike a blow against Iran, which he sees as a powerful regional rival due to its nuclear ambitions, its support for militant groups Hamas and Hezbollah, and its alliance with Syria, which it provides with weapons and funding. The two nations are also divided by religion, with the majority of Saudis following the Sunni version of Islam, and most Iranians considering themselves Shi’ites.

“The conflict is now a full-blown proxy war between Iran and Saudi Arabia, which is playing out across the region,” Reuters reported on Dec. 15. “Both sides increasingly see their rivalry as a winner-take-all conflict: if the Shi’ite Hezbollah gains an upper hand in Lebanon, then the Sunnis of Lebanon—and by extension, their Saudi patrons—lose a round to Iran. If a Shi’ite-led government solidifies its control of Iraq, then Iran will have won another round.”

The Saudis know the Iranians are vulnerable on the oil price. Experts say the country needs $140 a barrel oil to balance its budget; at sub-$60 prices, the Saudis succeed in pressuring Iran's supreme leader, Ayatollah Ali Khamanei, possibly containing its nuclear ambitions and making the country more pliable to the West, which has the power to reduce or lift sanctions if Iran cooperates.

Adding credence to this theory, Iranian President Hassan Rouhani told a Cabinet meeting earlier this month that the fall in oil prices was “politically motivated” and a “conspiracy against the interests of the region, the Muslim people and the Muslim world.”

Some commentators have offered a more conspiratorial theory for the Saudis wanting to get rid of Assad. They point to a 2011 agreement between Syria, Iran and Iraq that would see a pipeline running from the Iranian Port Assalouyeh to Damascus via Iraq. The $10-billion project would take three years to complete and would be fed gas from the South Pars gas field, which Iran shares with Qatar. Iranian officials have said they plan to extend the pipeline to the Mediterranean to supply gas to Europe – in competition with Qatar, the world's largest LNG exporter.

Global Research, a Canada-based think tank, goes further to suggest that Assad's refusal in 2009 to allow Qatar to construct a gas pipeline from its North Field through Syria and on to Turkey and the EU, combined with the 2011 pipeline deal, “ignited the full-scale Saudi and Qatari assault on Assad’s power.”

“Today the US-backed wars in Ukraine and in Syria are but two fronts in the same strategic war to cripple Russia and China and to rupture any Eurasian counter-pole to a US-controlled New World Order. In each, control of energy pipelines, this time primarily of natural gas pipelines—from Russia to the EU via Ukraine and from Iran and Syria to the EU via Syria—is the strategic goal,” Global Research wrote in an Oct. 26 post.

How does Russia play into the oil price drop? As a key ally of Syria, supplying Assad with billions in weaponry, President Vladimir Putin has, along with Iran, found himself targeted by the House of Saud. Putin's territorial ambitions in the Ukraine have also put him at odds with US President Barack Obama and leaders of the EU, which in May of this year imposed a set of sanctions on Russia.

As has been noted, Saudi Arabia's manipulation of the oil price has twice targeted Russia. This time, the effects of a low price have hit Moscow especially hard due to sanctions already in place combined with the low ruble. Last week, in an effort to defend its currency, the Bank of Russia raised interest rates to 17 percent. The measure failed, with the ruble dropping another 20 percent, leading to speculation the country could impose capital controls. Meanwhile, Putin took the opportunity in his annual televised address to announce that while the economy is likely to suffer for the next two years and that Russians should brace for a recession, “Our economy will get diversified and oil prices will go back up.”

He may be right, but what will the effect be on Russia of a sustained period of low oil prices? Eric Reguly, writing in The Globe and Mail last Saturday, points out that with foreign exchange reserves at around $400 billion, the Russian state is “in no danger of collapse” even in the event of a deep recession. Reguly predicts the greater threat is to the Russian private sector, which has a debt overhang of some $700 billion.

“This month alone, $30-billion of that amount must be repaid, with another $100-billion coming due next year. The problem is made worse by the economic sanctions, which have made it all but impossible for Russian companies to finance themselves in Western markets,” he writes.

Whether one is a conspiracy theorist or a market theorist, in explaining the oil price drop, it really matters little, for the effect is surely more important than the cause. Putin has already shown himself to be a master player in the chess game of energy politics, so the suggestion that sub-$60 oil will crush the Russian leader has to be met with a healthy degree of skepticism.

Moscow's decision on Dec. 1 to drop the $45-billion South Stream natural gas pipeline project in favor of a new pipeline deal with Turkey shows Putin's willingness to circumvent European partners to continue deliveries of natural gas to European countries that depend heavily on Russia for its energy requirements. The deal also puts Turkey squarely in the Russian energy camp at a time when Russia has been alienated by the West.

Of course, the Russian dalliance with China is a key part of Putin's great Eastern pivot that will keep stoking demand for Russian gas even as the Saudis and OPEC, perhaps with US collusion, keep pumping to hold down the price. The November agreement, that would see Gazprom supply Chinese state oil company CNPC with 30 billion cubic meters of gas per year, builds on an earlier deal to sell China 38 bcm annually in an agreement valued at $400 billion.

As Oilprice.com commented on Sunday, “ongoing projects are soldiering on and Russian oil output is projected to remain unchanged into 2015.”

“Russia will go down with the ship before ceding market share – especially in Asia, where Putin reaffirmed the pivot is real. Saudi Arabia and North America will have to keep pumping as Putin plans to uphold his end in this game of brinksmanship.”

US Companies are trying to make money. The federal government has done everything it can to stop them. That's why ALL of the production gains have come on private and state land while production is down 5% on federal lands on offshore where the feds control leasing.

That fact alone takes the US out of this supposed conspiracy. The US government had absolutely nothing to do with production gains here.

The Saudis are 1) Trying to bankrupt as many US fracking firms as they can, and, more importantly, 2) The Saudis have decided that their relevance in the world is dependent on maintaining market share.

Russia getting screwed is an added bonus - for both countries, but again, the US government is OPPOSED to the increased production here.