It’s no secret that the Obama administration badly wants a nuclear deal with Iran. And it’s no secret that the Iranians are playing hard to get. The talks, which were supposed to yield a final agreement this week, have been extended to July. That’s a relief, because right now, the best deal is no deal. 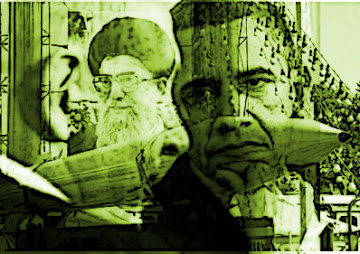 Many of the finest minds in strategy and physics have spent years arguing over the parameters of a deal with Iran. But it’s easy to overthink this problem. We know what nations that give up on nuclear weapons programs look like. They look nothing like Iran.

The United States has done a lot of good work to limit the spread of nuclear weapons. We discouraged Taiwan and South Korea from going nuclear. After the Soviet Union fell, we encouraged, and paid, the former Soviet states of Ukraine, Kazakhstan and Belarus to get rid of the Soviet nukes they had inherited.

We supported confidence-building efforts between Brazil and Argentina that ended their nuclear rivalry. In the 1990s, our pursuit of Iraq’s nuclear program persuaded South Africa to come clean about its nuclear stash. In 2004, during the Iraq War, we frightened Moammar Gadhafi into giving up Libya’s program.

But all of these places either went through a democratic transition, or — in Libya’s case — were scared into doing the right thing. Fundamentally, they came clean about their nuclear programs of their own accord. While we offered incentives, our incentives were never decisive.

We’ve offered loads of incentives to North Korea to give up its nuclear weapons, with no success. We’ve never been able to bribe or talk nations into giving up nuclear weapons: They usually give up nukes because they have newly free political systems and no longer want to have the bomb.

None of this is true of Iran. The anti-Western regime of 1979 is still in power. If you doubt that, watch the videos of the charming “Death to America” rallies held across Iran earlier this month. Rallies like that are organized by the regime.

This isn’t complicated. If Iran wanted only civilian nuclear power, it would make that clear. Instead, it has repeatedly been caught cheating, it is developing long-range missiles, and it demands the right to unlimited nuclear research, with no accountability for its past lies.

This is the behavior of a nation that wants a nuclear weapon and a means of delivering it, and is only interested in stalling until it gets both. My conclusion is, therefore, simple: There is currently no basis for meaningful negotiations about the Iranian nuclear program.

The Israelis fear an Iranian bomb would be used to destroy them; merely having the bomb would allow Iran to intimidate its neighbors. That’s why the time isn’t ripe for a negotiated solution to the Iranian nuclear problem. Iran views its program as an opportunity, not a problem.

The United States and its allies can’t bribe Iran into giving up this program, and we have decided not to threaten Iran into giving it up. Iran is therefore going to continue to build its bomb. The only agreement we could make with Iran now is to accept that it is not going to quit.

If we want to change this unhappy state of affairs, we have two options: Use the threat of military force to bring the existing regime seriously to the table, or reimpose tough sanctions with the goal of bringing a better government to power.

Unfortunately, we are doing neither, because the administration wants a deal badly. But when you want a deal badly, all you get is a bad deal.

Anybody still want to argue 'Barack Hussein Obama' (or whoever he really is) isn't a traitor?