I Really, Really Want to See "The Interview"

I just watched the final, extended trailer over at Obiter Dictum and I must say: the movie looks good. Not award-winning or anything, but silly good. 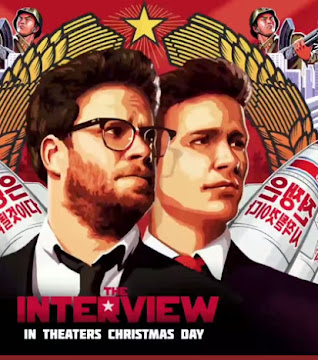 Hard to tell at this point, but it could -- I emphasize the world could -- even reach keeper status like Animal House, Old School, Stripes, Caddyshack and Ghostbusters. That's a stretch, I know, but the trailer's promising enough for me to want to see the flick.

Obiter had a compelling idea for the feckless boobs at Sony*:


Release your film
THE INTERVIEW
on YouTube.
Available for the entire internet world to view,
WITHOUT CHARGE

And at this point, to paraphrase the smartest Secretary of State ever, what difference does it make?

We also have an administration certain to blame a video, whether warranted or not -- so that angle's covered.

*I call Sony a bunch of feckless boobs because this ain't the company's first dance at the Hackbarn. The Playstation Network was hit earlier this year and in 2011 as well.

That does not appear to be the case. Obvi.