Defense Threat: China conducts its third test in a year of a hypersonic glide vehicle designed to evade our missile and other defense systems, including the Aegis defense system guarding our carrier battle groups. 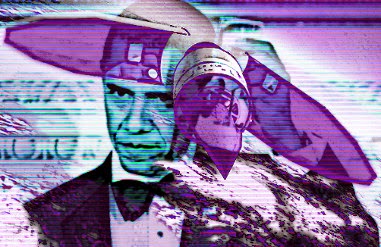 As we downsize our military, scale back weapons procurement and development, China proceeds at top speed towards weapons designed to counter our once-huge technical advantage and qualitative superiority. Case in point is the third flight test of a hypersonic glide vehicle (HGV), dubbed the WU-14 by the Pentagon, following earlier tests on Jan. 9 and Aug. 7 of this year.

The U.S. Navy is particularly concerned, as an HGV would be a potent weapon against U.S. carrier battle groups in the western Pacific.

A Chinese anti-ship ballistic missile — the road-mobile DF-21D, called a "carrier killer" by some — already poses a potent threat, but it is countered by our extraordinarily capable sea-based Aegis missile defense.

In February 2008, the Aegis missile cruiser Lake Erie shot down a National Reconnaissance Office 2.5-ton spy satellite before it could strike the Earth with its deadly hydrazine fuel tank nearly full.

"The beauty of the HGV (hypersonic glide vehicle) is that it can perform hypersonic precision strikes while maintaining a relatively low altitude and flat trajectory, making it far less vulnerable to missile defenses," says Rick Fisher, a China military affairs expert with the International Assessment and Strategy Center.

The WU-14 was launched as part of a missile from the Jiuquan satellite launch facility in China's western Gobi desert and released at the edge of space. It re-enters the atmosphere somewhat like our now retired space shuttle but at a speed of 10 times the speed of sound as it maneuvers toward its intended target.

Such weapons "are extremely difficult to defend against because just the time is so compressed between initial detection, being able to get a track, being able to get a fire control solution, and then just being able to have a weapon, that can intercept them in some way just because of the speed at which they're moving," Lee Fuell, technical director for force modernization and employment at the National Air and Space Intelligence Center, told Congress.

Any Chinese ballistic missile can carry the WU-14. But experts say shorter-range missiles that the Chinese now have targeted on Taiwan could also carry the WU-14 to its intended target — our aircraft carriers.

"I suspect the HGV is intended more for anti-ship or other tactical purposes than as a strategic bombardment system against American cities," says analyst Dean Cheng of the Heritage Foundation.

The Navy is working on directed energy weapons, such as a ship-borne laser, as a possible countermeasure. Of particular concern is a combined attack on a carrier battle group using both the "carrier killer" and the WU-14, along with conventional weapons.

As Fuell states in a Security Review Commission report released Nov. 20: "If that (the WU-14) is combined with more traditional ballistic missile attacks forcing a target to defend against very high aspect warheads coming in this way at the same time they have to defend against low-altitude very high speed targets coming in (another) way, it makes the defense problem orders of magnitude worse for the defender."

As we pursue our "Pacific pivot" with shrinking resources, China's WU-14 is being developed to pursue Beijing's strategic goal of pushing the U.S. out of the western Pacific and dominating the Pacific Rim.

/sarc I can see it know...in a bunker buried deep underground the cheers after sinking the American Carrier..Then the question, what are those big thumping sounds? (The answer) Oh those are the nuclear missiles hitting all of our cities. Congratulations Comrade Chairman the Chinese people are now all martyrs for World Socialism. What a wonderful plan. end sarc/

The most deadly missile every aimed at our nation has been our president, Barry SteetScum.

As his buddy Al Sharpton would say, "And dat's da troof"