As we all know, the President has recently announced executive action on immigration — what he calls “deferred action” for millions of aliens who are here illegally, but who have children who were born here and are therefore U.S. citizens. 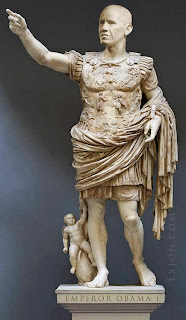 The President has repeatedly assured the American people that he is not creating a path to citizenship for those people.  But the President is not telling the truth.  He and his Administration have cleared the pathway to citizenship for millions of people who crossed our border illegally; they know that’s what they’ve done; and it is illegal.

Immigration law is very complicated, but here’s the bottom line:  If you are a foreign national and a parent of a U.S. citizen, when that child reaches age 21, assuming you haven’t committed certain crimes or done certain other things, you can get a green card and, eventually, citizenship.

However, if you crossed the U.S. border illegally — “entered without inspection” as the law says — you first have to leave the country, wait a period of either 3 or 10 years before returning (depending on how long you had resided in the U.S.) and then come back into the United States lawfully in order to get back on the path to citizenship.

That’s how the system is designed to work. That’s what the law says.

But the President is now opening a huge loophole, using a program called “advance parole,” that will allow millions of illegal aliens, who are not currently eligible for citizenship, to bypass the rules and become eligible for green cards and eventually citizenship.

Here’s how it works:

Under the law, parole is essentially permission for an undocumented alien to travel to the United States. Parole is a kind of temporary, emergency pass to let someone into the country for an extremely urgent reason.  In fact, a federal statute restricts the President’s power to use parole to a very narrow set of circumstances.

That law, INA § 212(d)(5)(A) says that the executive branch may parole people into the United States “only on a case-by-case basis for urgent humanitarian reasons or significant public benefit.”  “Urgent humanitarian reasons” means things like: to get medical treatment, or perhaps to attend a close relative’s funeral.  “Significant public benefit” usually means things like: you’re a witness to a crime, and you need to attend the trial even though you can’t get a visa.

Educational purposes include, but are not limited to, semester abroad programs or academic research;

Employment purposes include, but are not limited to, overseas assignments, interviews, conferences, training, or meetings with clients;

These more relaxed standards are in clear violation of existing law. In no universe is a “meeting with a client” or a “conference” an urgent humanitarian reason or a significant benefit to the American public.

Once they have secured advance parole, they can leave and return lawfully. And when they have reentered the country legally, using their advanced parole documents, the government will now ignore the fact that the individual had ever crossed over illegally – which now makes this person eligible to obtain a green card and eventually become a citizen.

For example, imagine a foreign national walks up to the border, whereupon border officials ask him for his visa.  He says, “I don’t have a visa.  But I do have a business meeting in Denver.  Can’t you just let me in?”  No doubt he would be turned away.

But for the new deferred-action recipients who have been granted advanced parole, they will be allowed to leave and come back so long as they can claim they have a business meeting or an interview (or anything else that falls under the new relaxed standards).

Once back in the country they will be allowed to stay, and once they meet the criteria for a green card application, they will be on their way to citizenship.

How do I know this?  In 2010, the American Spectator published a leaked DHS memo, a version of which reached the DHS Secretary, exploring the Administration’s options on immigration.  That memo explicitly contemplated using parole as a way to sidestep Congress and give citizenship to illegal aliens who are relatives of U.S. citizens.  It says,  “[I]ndividuals could…be paroled into the U.S. for purposes of applying for adjustment of status…To render immediate relatives of U.S. citizens eligible for parole, DHS could issue guidance establishing that family reunification constitutes a ‘significant public benefit.’”

So to be clear:  Advance parole leads to citizenship for parents of U.S. citizens; the Administration knows that; and they are giving advance parole for reasons — like client meetings — that clearly violate federal law.

This is the danger of unilateral executive action, drafted in secret and announced to the American people as a fait accompli.  In our system, policies are debated in the legislature and their consequences explored through that debate.  Here, the President’s action has avoided that constitutional lawmaking process.  But it has also broken existing laws.