Rights: No longer fearing electoral revenge from the National Rifle Association, an outgoing Democratic Senate pushed to confirm an anti-Second Amendment radical, who thinks guns are a health issue, as the nation's top doc. 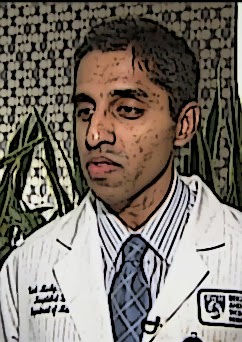 A Democratic Senate that earlier balked at the nomination of Dr. Vivek Murthy to be surgeon general of the U.S. no longer feared the possible electoral consequences of approving him in the wake of November's Republican tsunami.

That, along with the GOP's obsession to not be blamed for a government shutdown, gave us a bad budget deal and the Democrats a chance to confirm Murthy.

A brief rebellion over immigration led to a weekend session that arguably gave outgoing Senate Majority Leader Harry Reid an opportunity to advance several of President Obama's nominees toward confirmation, including the once-stalled nomination of Murthy.

On Saturday, the Senate voted 52-40 to bring Murthy's nomination to the floor for a vote. With Murthy confirmed to a post that had been vacant since July 2013, the White House push for gun control will proceed with renewed vigor.

The NRA's Chris Cox called Murthy a "prescription for disaster for America's gun owners," in a letter to Reid and Senate Minority Leader Mitch McConnell in February. Spooked red-state Democrats stalled Vivek's nomination. With the election over and control of the Senate lost anyway, Democrats seized the opportunity to leave America a going-away present.

Since Reid detonated the nuclear option and changed the filibuster rule for nominees from needing 60 votes to just 51 votes, only one Obama nominee has been defeated. That was the nomination of Debo Adegbile to head the Justice Department's civil rights division. Adegbile lost, largely due to his involvement in the case of cop killer Mumia Abu-Jamal, who was convicted in the murder of Philadelphia police officer Danny Faulkner.

Murthy is indeed a prescription for disaster for American gun rights. He has long set his sights on gutting the Second Amendment's guarantee of the right to keep and bear arms, a right the Supreme Court has said is not only an individual right, but also a national one.

Gun control zealots had argued that the Second Amendment guaranteed only a "well-regulated militia" had that right, meaning the National Guard, and that even if it were an individual right, it applied only to the federal enclave of the District of Columbia.

Murthy's approach to attacking the Second Amendment has been to say private ownership of firearms is a public health issue. The 37-year-old Murthy is president and co-founder of the anti-gun group Doctors for America, which advocates ObamaCare and gun control laws. His group, which has been dubbed Docs vs. Glocks, has pushed Congress to ban "assault" weapons and "high capacity" magazines.

Doctors for America has promoted the invasion of privacy by doctors by advocating they ask patients if they have guns at home, including asking children if their parents own guns. He would have doctors counsel their patients against exercising their Second Amendment rights. One wonders how private that information would remain if entered into the medical records the government would be privy to under ObamaCare.

Millions of law-abiding Americans believe that a gun in their hand is better than a cop on the phone and that their constitutionally guaranteed right to keep and bear arms is inoculation against being another unarmed victim of an armed predator.

Murthy's answer to crime is don't defend yourself and your family, but take two bullets and call him in the morning.

It's a bad prescription for all of us.

Doug, this is the best eulogy outside of Orson Scott Card's Speaker for the Dead that I've ever read, by a person who wears the mantle and doesn't even know it:


If this isn't the best argument for ending "lame duck" sessions, I'd like to know what is.

So what is the Doc going to do overturn the Supreme Courts decision? Plus in January Congress will be controlled by the GOP...unless they turn tail and give up like Boehner and others did in the House by giving Obama what he wanted.