Jeff Dunetz offers a sliver of hope for those who still believe in the Constitution:

Judge Arthur J. Schwab, sitting in the western district of Pennsylvania has found parts of President Obama’s new deportation amnesty to be unconstitutional, and he issued a scathing memo accusing him of usurping Congress’s power to make laws, and dismantling most of the White House’s legal reasoning for circumventing federal statute. 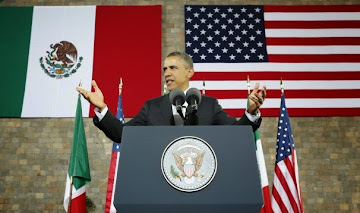 “President Obama’s unilateral legislative action violates the separation of powers provided for in the United States Constitution as well as the Take Care Clause, and therefore is unconstitutional,” Judge Schwab wrote.

The memo came as part of a deportation case before the judge, and Judge Schwab’s order does not invalidate the president’s policies. But it serves as a warning shot as other direct challenges to the new amnesty begin to make their way through the courts.

A federal judge in Washington, D.C., will hear one of those challenges in oral arguments next week, and a similar case is proceeding in Texas.

...The administration lawyers also said the policy doesn’t grant illegal immigrants any rights, and said they could still be deported “at any time.”

But Judge Schwab went point-by-point in refuting those arguments, saying that since Mr. Obama couched his policy as a moral imperative to keep families together, it is not so easy to undo his policy... And the judge repeatedly used Mr. Obama’s own words against him, listing some of the times the president had previously said he didn’t have the power to take the exact actions he has now taken.

It's an encouraging baby-step.