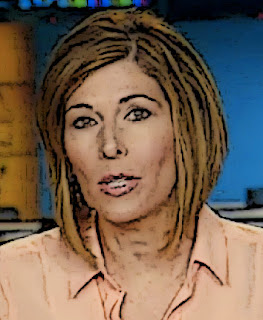 We are pleased to announce that Judicial Watch has joined forces with investigative journalist Sharyl Attkisson in a Freedom of Information Act (FOIA) lawsuit filed jointly against the Department of Justice (DOJ). We want “any and all records” relating to Federal Bureau of Investigation (FBI) background checks on the award-winning correspondent. The request includes correspondence between Attkisson and FBI agents.

According to documents obtained by Judicial Watch one month ago, the DOJ and the White House targeted the former CBS correspondent as a result of her investigations into the growing Operation Fast and Furious scandal. In an October 4, 2011, email to White House Deputy Press Secretary Eric Schultz, Attorney General Eric Holder’s top press aide, Tracy Schmaler, described Attkisson as “out of control.” Schmaler added ominously, “I’m also calling Sharryl’s [sic] editor and reaching out to Scheiffer” (an apparent reference to CBS’ Chief Washington Correspondent and Face the Nation moderator Bob Scheiffer). Schultz responded, “Good. Her piece was really bad for the AG.”

Operation Fast and Furious, you will recall, was a Justice Department/Bureau of Alcohol, Tobacco, Firearms and Explosives (ATF) “gun-running” operation in which the Obama administration allowed guns to go to Mexican drug cartels in hopes that they would end up at crime scenes, thereby advancing gun-control policies. Fast and Furious weapons have been implicated in the murder of Border Patrol Agent Brian Terry and hundreds of other innocents in Mexico. Attorney General Eric Holder has already admitted that guns from the Fast and Furious scandal are expected to be used in criminal activity on both sides of the U.S.-Mexico border for years to come.

Attkisson, who in 2012 won both the Emmy and the Edward R. Murrow awards for investigative reporting, first began reporting on Fast and Furious in February 2011 when she broke the story, “Gunrunning scandal uncovered at the ATF.” Since then, she has filed more than 100 stories relating to the gunrunning debacle, many of which were exclusive reports. In her new book, “Stonewalled,” Attkisson reported that she had received inside information from government-related sources that the FBI, among other government agencies had hacked into both her personal and work computers over a lengthy period of time.

The Fast and Furious lawsuit we have filed jointly filed with Attkisson is not the first collaborative effort. In August 2014, we teamed with Attkisson to file a FOIA lawsuit against the Department of Health and Human Services to obtain records pertaining to the failed roll-out of President Obama’s health care law. In May 2014, Judicial Watch released a 106-page document obtained from HHS, revealing that on its first full day of operation, Obamacare’s Healthcare.gov received only one enrollment. The document also revealed that on the second day of Healthcare.gov operation, 48% of registrations failed.

JW is proud to represent Sharyl Attkisson, a fiercely independent journalist, who has a demonstrated track-record of refusing to play the Washington media insiders’ game that covers up or covers over public corruption stories such as Fast and Furious. We know from the emails we have already obtained that the Holder Justice Department sought to silence this courageous reporter. Now, we need to find out just how far they went.

“I am pleased to once again partner with Judicial Watch, which is unmatched in terms of success in litigating Freedom of Information claims against the federal government, whether under Bush or Obama,” added Sharyl Attkisson in our press statement on the new lawsuit. “That I’ve had to sue to get my own FBI file is concerning. This administration has a terrible record in respecting the First Amendment rights of journalists.”

A QUICK FOOTNOTE: There are many added dimensions to the Fast and Furious scandal that continue to come to light thanks to JW’s efforts. We have found, for example, that based on the information uncovered through a Judicial Watch public records lawsuit against the City of Phoenix, Congress has confirmed that an AK 47 rifle used in a July 29, 2013, gang-style assault on an apartment building that left two people wounded was part of the Obama Department of Justice (DOJ) Operation Fast and Furious gunrunning program.

And just as we went to press with this Weekly Update, we released graphic crime scene photos taken at the site of the assault in Phoenix. This includes a close-up photo revealing the serial number of the AK-47 rifle used by the assailants. Stayed tuned as we will continue provide updates on this deadly Obama administration scandal.

Related: GREAT NEWS: I Made the White House Enemies List.