To be fair, I could have heard Boehner incorrectly. The dogs were barking. 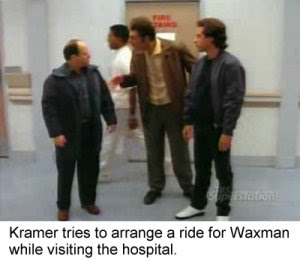 "Instead of interrogating America's private-sector job creators, Congress should be listening to them, heeding their warnings about the effects of this deeply flawed new law, and replacing it with reforms that will help them get back to creating jobs," Boehner said in a statement. He said American employers have been warning that the new healthcare policies being promoted by President Obama and Democrats in Congress would damage the economy and hurt efforts to create jobs.

"Yet now that those policies have become law over the objections of the American people, congressional Democrats such as Chairman Waxman profess shock and surprise at hearing American employers announce that they will have no choice but to make painful changes to comply with it," said Boehner.

Boehner's comments referred to letters dated Friday from Waxman and Energy and Commerce Oversight and Investigations Subcommittee Chairman Bart Stupak, D-Mich., to the heads of AT&T Inc., Verizon Communications Inc., Caterpillar Inc. and Deere & Co., requesting that they back up their claims in April 21 appearances before the subcommittee.

Company officials were also asked to provide documents to the panel by April 9.

Waxman's call for hearings came after Speaker Pelosi urged members last week to go on the "offensive" in defending and soothing public doubts the new law. Boehner's reaction shows Republicans are just as intent on pressing the case that the law carries negative implications for businesses.

proves once again that private enterprise is the enemy of obama and waxman and their comrades.