Virtuous Republic on the stunning success of trickle-up economics: 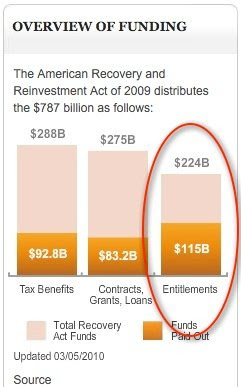 How backwards is the economic policy of the Obama administration?

Employment isn’t a priority, but welfare is, as I noted in a previous post with this graphic from Recovery.gov...

As you can see for yourself, Obama’s main emphasis is on “entitlements”, not shovel ready jobs.

As proof, employment in the Cincinnati area is now at 1999 levels...

Quite frankly, I now believe that is the objective of this far left administration.

That is the hallmark of the left:

Control over your life, right down to how you think. 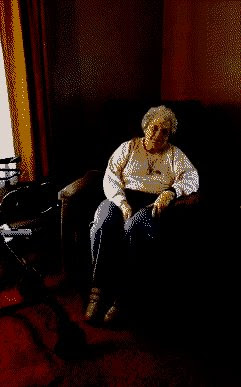 The Democrats' drive for dependency is best illustrated by the dire situation in which retiring baby boomers find themselves.

The minimum amount that insurance giant ING recommends a retiree have at hand is around $675,000.

These Americans have paid tens or hundreds of thousands of dollars into Social Security over their careers.

And the federal government stole it right out of the "trust fund".

And, thanks to Obamanomics, Social Security is already running in the red this year, a decade sooner than predicted.

The federal government finds itself in a dire situation, with its bond rating threatened; massive amounts of debt that must be refinanced in the coming months; and a jobless non-recovery. In the midst of this debacle, Democrats continue trying to crap out a monstrous, crime-ridden "health care" bill that is certain to put a stake in the heart of the economy.

We don't have much room for error. Unless we crush these power-mad anti-American moonbats in November, the entire American experiment -- as beautiful as it was -- may be over.

Their policy has worked wonders for me. Two years ago, I owned half of a company that was worth approximately three million. Today $0. I had saved approximately 40% of my retirement goal. Today I'm using it to pay my mortgage, and HOPING that it holds out until we get a CHANGE. Isn't it great living in this brave new world?

Throughout history, we've seen how the left have left the people in misery in order to accomplish the creation of their "Utopian" state.

Obama and the far left Congress is willing to leave millions in the unemployment line to create their socialized health care system.

And just like their leftist heroes from history, our Democrats are just as willing to abandon the rule of law to reshape America.