Here's an example of everything that's wrong with Democrat Health Care Reform: the Chairman of the Rules Committee's Subcommittee on Legislative and Budget Process -- Rep. Alcee Hastings (D-FL) -- just debated Rep. Erik Paulsen (R-MN) over a 2.9% "medical innovation tax" introduced by the Demcare bill (streaming video on C-Span). So let me make sure I understand: a former impeached judge (Hastings) is going to decide the ramifications on medical innovation through the introduction of new taxes on health care manufacturers?

Democrats believe that central planning -- a la the Soviet Union -- can somehow work for one-sixth of the American economy when we all know it can't work... and has never worked. This ludicrous excuse for a political party is not simply a polar opposite to the American founding and experience; its leadership is a poisonous pack of economic illiterates who ruin everything they touch. But I suppose that goes without saying, given everything this Congress has accomplished since November of 2006. 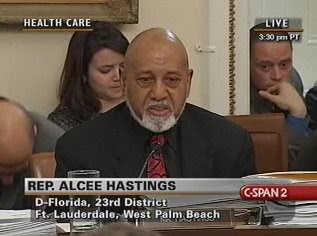 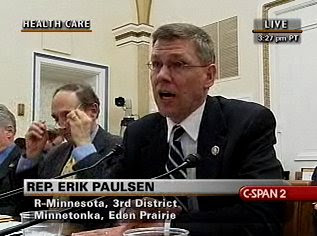 Ergo, that means if I'm in an ObamaCare waiting room and people start whining about their service, I'll just look up from my magazine and say, "Hey, did you vote for Obama?" If they say yes, I'll just reply, "What are you bitching about? You got exactly what you wanted, so shut the f*** up."