Mark Levin: your health care bill is a fraud, Mr. President, and you lied 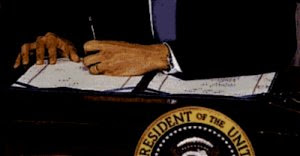 Your health care bill does not cover pre-existing needs for children as you said it did.

Your health care bill does change coverage for retirees, who now receive prescription drug coverage from businesses -- and forces them onto Medicare Part D.

You lied again, Mr. President. That's a change in coverage.

At the same time, your health care bill is not $940 billion over ten years, is it, Mr. President? 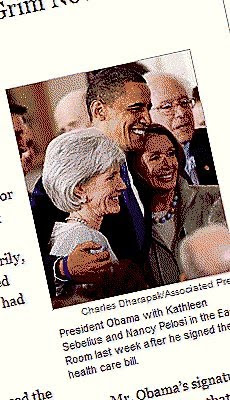 You fixed the books like Al Capone's accountant. When you add $320 billion to cover payments to doctors under Medicare. And when you double-counted $550 billion in Medicare "cuts". You increased spending by over $2 trillion when we add in the rest. Don't you, Mr. President?

And if you were in the private sector, you'd be indicted and facing sure imprisonment, wouldn't you, Mr. President?

And, in fact, your health care bill does drive up costs for small businesses. If they offers a private plan to employees that exceeds some government-imposed limit, over time it's taxed at 40%. Why?

And if these business don't offer health care to their employees, they're fined $2,000 per employee. Isn't that an expense?

If they offer a health plan that's not approved by the government, they're fined as well. Isn't that an expense?

And if these businesses don't offer coverage to part-time workers, they're find $2,000 a pop, again.

And your health care bill punishes young people and middle-class citizens as well even though you said it wouldn't.

As the great Bill McGurn reports in the Wall Street Journal today:

Almost by definition, those hit by the mandate will be either young people starting out, or those working for smaller businesses that do not provide employees with health coverage. Back in November, a report by the Congressional Budget Office and Joint Committee on Taxation estimated that nearly half (46%) of the mandate penalties will be paid by Americans under 300% of the poverty line.

In today's dollars, that works out to $32,500 for an individual. For a family of four, it's $66,150. Generally speaking, these are not the folks who have to worry about paying taxes on, say, a villa in the Dominican Republic or income from the International Monetary Fund.

So we are left with one of two possibilities. The first is that the penalty for not having "minimal essential coverage" is fully enforced, in which case Americans of relatively modest means will get a lesson in how the government deals with people who don't pay up.

Or the penalty for violating the individual mandate will become like the fines for not filling out your Census form. In other words, unenforced. In that case, the costs of this legislation will be even higher and more hidden than we have been led to believe.

And you lied about the cost of premiums, too, Mr. President. You said that premiums would on average go down two thousand, five hundred dollars a year. The Associated Depress is reporting that:

Americans under the age of 35 can expect their individual health insurance premiums to rise by about 17 percent.

You also lied about the costs to the states, Mr. President.

The Council of State Governments, according to the San Francisco Chronicle, estimates that your expansio of Medicaid alone:

...will cost states $25 billion over the next 10 years, not including other significant administrative costs to initially implement the new law.

And you lied when you said your health care plan would increase efficiency, didn't you, Mr. President?

In fact, it will cause doctor shortages and long waiting periods. The Associated Depress reports the obvious:

Primary care physicians already are in short supply in parts of the country, and the landmark health overhaul that will bring them millions more newly insured patients in the next few years promises extra strain.

And what of those medical records -- our medical records, which will become part of the federal medical database, Mr. President? How do you plan to secure those? With the IRS? 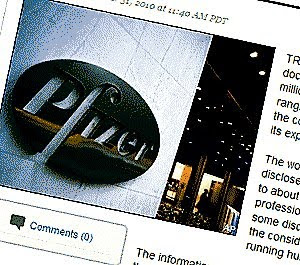 Who will have access and how will we prevent misuse of our records, Mr. President?

Oh, you were all proud and celebratory, excited about this historic moment. The more we learn about this bill, the more disastrous it becomes. You got a very slight pop in the polls -- did you notice, Mr. President? And now you're down again. The generic party polls for Congress? Pelosi Democrats -- you got a very slight tick up -- and now you're down again. The people are wise to you.

As a matter of fact, you know your bill is deeply flawed, don't you, Mr. President? You were on the Today Show this morning, which is where you go when you want to put out your talking points, because you're never really challenged there. And now you're talking about this being just a first step. This is just a first step, ladies and gentlemen! Gee, I can't wait for the next one, can you? All these little steps, right over the cliff.

I think it is a critical first step in making a healthcare system that works for all Americans. It is not going to be the only thing. We are still going to have adjustments that have to be made to further reduce costs.

What does he mean, "further reduce costs"? Have costs been reduced anywhere? 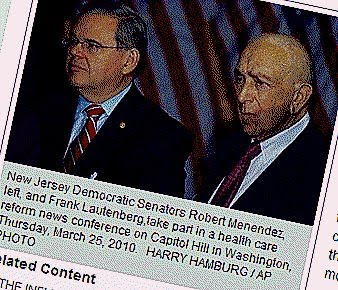 Now, let me ask you a question: does it occur to anybody at the Today Show or on any of these other programs... has it occurred to a real, live journalist with a degree in Journalism... to confront this President as a serious person and ask him, "Mr. President, all these issues, all these points, you've been campaigning on -- as recently as last week. As recently as this weekend... and yet they were false! And you do this, you massively expand entitlements in this country despite the fact that we now have a report that the Social Security system is broke! Where is your proposal, Mr. President, for fixing the Social Security system? What are you going to do about it?"

Oh, it's one thing to create new programs, to create new promises. But, as President of the United States, you're still responsible for these programs. Nancy Pelosi was as proud as could be! Ol' Stretch was down there on the House floor saying that you all had invented Social Security, you all had invented Medicare and Medicaid. Okay, I'll give you that. But you've also destroyed them! You invented them -- and you destroyed them.

So the question, Mr. President, is: on your watch, what are you going to do about Social Security?

The editors of Investors Business Daily -- a real newspaper -- write:

Social Security's chief actuary reports that the social safety net will run a deficit for 2010, nine years earlier than predicted. Put down that big gavel, Madam Speaker, we're about to hit the iceberg.

They're expanding Medicaid. There are states that are soon to be officially broke. And yet they're required to pay a huge amount of this Medicaid.

They're going to be slashing Medicare, while pushing more citizens onto it, because the bill punishes businesses that are generous with prescription drug programs for retirees. 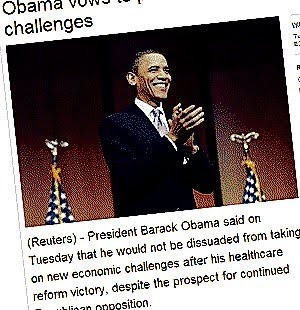 Now, ladies and gentlemen, this is what happens when radical, left-wing ideologues sit around and talk with each other about coming up with a Utopian proposal. Because there's no Utopia. This is misery, and it's only just begun, because it hasn't really kicked in yet.

You know what bothers me most about this? We have a man in the Oval Office who has no respect for what's come before him. He has no respect for what's been tried and tested throughout American history or -- for that matter -- throughout world history. We know that these Stalinist-like programs are failures. We know that, rather than create food, they create starvation. Rather than clothe people, people freeze in the winter. Rather than provide medical treatment for people, people suffer.

Except to make it worse.

This bloated, out-of-control, top-heavy federal government couldn't run a damn weather-stripping program or "cash-for-clunkers" without billions in misery, waste, fraud and abuse. Now picture what that means for your health care.

Levin is one of the only things that don't involve hops and barley keepiong me sane right now. I wonder how long it will be before they go after him and Rush.

Obama lies chronically. We knew this before we elected him. “Healthcare reform” is another term for socialized, expensive and inferior healthcare compared to what we have today. We knew this 100 years ago when progressives began pitching it all the way through HillaryCare.

However, I contend that these are not necessarily the arguments in which we should be engaging right now. The progressives will collectively cover their ears and shout, “la-la-la”. Everyone else already knows these things. Here is the true argument against this monstrosity:

The Social Security Act: the number of House democrats voting against this legislation was the same as the number of Republicans – 15 each. 20 democrats did not vote, along with 4 Republicans. The Republican vote on this Act was 81 to 15 voting yes. The Senate vote was similar in that the amount of democrats and Republicans either voting no or not voting were 9 each. Republican Senators approved this 16 to 5.

H.R. 6675 Amendment for Medicare: Republican support of this entitlement was not as strong as the original enactment of Social Security, but it was there: 13 to 17 in the Senate and 70 to 68 in the House.

Fast forward to ObamaCare: 1 to 176 Republicans voting yes. The one Republican, Anh Cao of Louisiana, does not constitute bipartisan support. The partisan passage of this massive bill does not represent the people for which it portends to serve.

This is the argument we should be having. The progressives, led by Obama, have assumed the position that they know best. This is how they have governed – with an iron fist. True leadership requires convincing your political opponents and the people at large of the merits of your concepts. All I have seen from this government is the buyoff and intimidation of people who are supposed to be like-minded. When payola and arm-twisting is required of your own party, one might consider that your will does not necessarily resemble the will of those whom you are charged to serve.

We, as Americans, must remind our government that they serve us – not the other way around. However, if any progressives or true O-believers out there care to refute my assertion, I would love to be presented with (a) the entitlement – or any legislation for that matter – passed by a partisan Republican vote; (b) the entitlement previously passed by partisan democrat vote which has not failed; or (c) a complete sentence absent of spelling or grammatical error. I won’t hold my breath.

This is a very interesting blog and so i like to visit your blog again and again. Keep it up.