Mike ("Mish") Shedlock observes that the recent set of protests in Greece, Spain, Wisconsin, Ohio, Illinois and now Oregon are symptomatic of a belief in legalized theft.

The protests in the US and Europe have a common theme "gimme gimme gimme".

Everyone wants something, and they want to take it from someone else to get it. In the US, the SEIU is right at the top of the list in wanting to pick the pockets of everyone else for their own self-serving benefit...

...Public union members [in Oregon] want to preserve the status quo, just as they do in Greece and Spain... Well the status quo is broken, and proof is easy to find: Public union wages and benefits have bankrupted many cities and states. The way to fix the problem is to get rid of public unions not increase their power.

Shedlock observes that austerity measures are absolutely necessary, but so too are real repercussions for the bankers whose bad decisions are still being backstopped by taxpayers.

The SEIU and their Greek counterparts want no part of the pain. Unfortunately untenable wages and benefits helped wrecked Greece and they have bankrupted many cities and states in the US.

So, yes there is a "better way". The "better way" is to stop the bailouts of banks and stop handouts to unions as well.


That is the better way. It will be difficult to pass those measure because each proposal has a mob of naysayers and constituents all clamoring "gimme gimme gimme".

We need a leader willing to spell out the serious situation the nation faces, what must be done about it, and the sacrifices that must be made for the nation to get out of its hole.

President Obama is clearly not that leader. Indeed he fails on every point.

6. Reduce military spending substantially - How? Where? Should we cut carrier battle groups in the age of a nuclearized Iran, which seeks the return of the Twelfth Imam? Cut missile defense as Iran builds missile bases in Venezuela? Slash cyber-defense while China wages open information warfare against the West? Eviscerate NASA, now that Obama has largely defunded it and pillaged many of its capabilities? 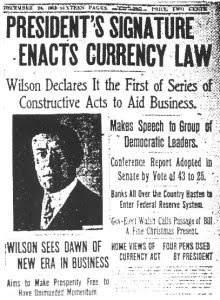 10. Audit the Fed then end the Fed - only a partial ding: auditing the Federal Reserve is long overdue. But, as for ending the Fed? What's its replacement for facilitating inter-bank lending?

There have been central banks in the U.S. since 1791. The Fed, in its current incarnation, was intended to help prevent banking panics, a long series of which had precipitated its creation.

The problem is that the Fed's mission has continually expanded to the point where Ben Bernanke, the Fed's Chairman, openly states that he believes his mission is to directly influence the economy.

I'd be satisfied with returning the Fed to its original mission.

Other than these two items, I think Mish's list is a damn good start.

Concur with your comments Doug. Defense spending is not bloated by any stretch and cutting defense only makes a more vulnerable to an attack that will cost exponentially more in gold - and blood. The absolute best defense is to be so superior in force that your would be opponents don't even dream of a military attack.

Disappointed in you, Doug.

On a moral basis, socialism is the specious and fraudulent proposition that we each must live at the expense of everyone else. Any person who loves God's Law, will see that socialism must violate the Commandments against lies, coveting and theft.

Further, socialism can only be imposed by the use of coercion and compulsion. The left, who loves to scold us about world peace, finds it all too easy to descend into brutality and murder to bring about their socialist utopia. Capitalism is inherently peaceful for the capitalist cannot use coercion and compulsion. Any victim of a capitalist could call on government to protect them. Victims of government violence have nobody to turn to for protection.

"Legalized theft" Not at all-these folks have integrity, character and conscience as evidence by there many years of supporting "legalized murder" of innocent pre-borns.
Why would they stoop to mere stealing?

when Andrew Jackson closed the Second Bank of the United States, he plunged the country into a depression that lasted almost a decade.

Our current Federal Reserve may be flawed, but let's not hobble ourselves by killing it without a better replacement.

So far, I haven't heard of any proposal for a replacement to the Fed.

I read Mish's blog faithfully as he covers some complex financial issues.

I overlooked is Libertarianism because he helped me understand economic problems I don't have a handle on.

But, over the months, Mish has shown himself to be a true Libertarian.

He has referred to the U.S. as an empire.

He often says U.S. foreign policy causes Islamic attacks against us and his calls for massive cuts in defense are simply unrealistic.

Anyone who calls the U.S. an empire and blames us for the actions of Islamists doesn't deserve my readership.

I haven't read him for several weeks.

I can take disagreement among the ranks on issues, but pure libertarianism, foreign policy wise is indistinguishable from from the far left