Earlier today, Congressman Anthony Weiner appears to have made an underwhelming debut on Twitter. Which is to say, Weiner seems to have fat-fingered a direct message to a young lady, instead publicly replying to her. His tweet included a link to a photo of a skinny white male wearing briefs while in an aroused state.

Robert Stacy McCain offers some details on the mystery lady, who earlier had publicly tweeted that Weiner is her boyfriend:

Gennette Nicole Cordova is a student at Whatcom Community College, Bellingham, Wash., where she is a reporter for the student newspaper, Horizon... It must be emphasized that at this point we have no idea whether Ms. Cordova actually knows Rep. Weiner, whether her Twitter claim of him being her “boyfriend” was just a joke, or whether Rep. Weiner actually communicated with Ms. Cordova.

Let’s hope Rep. Weiner will clarify this confusion, before the media scrum descends on Ms. Cordova... The congressman’s office can either answer those questions — and answer them PDQ — or else wait until every political reporter on the West Coast is camped out in front of Ms. Cordova’s house.

If Ms. Cordova's assertion -- that she is dating Anthony Weiner (D-NY) -- is accurate, a couple of things are clear:

Ironic Surrealism has done much of the heavy lifting on the story, revealing several heretofore unknown digital assets. 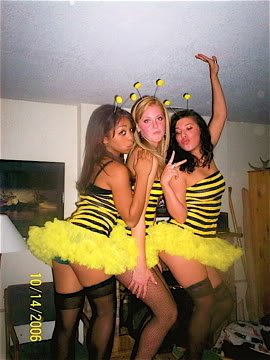 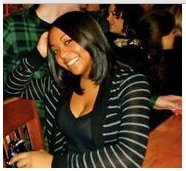 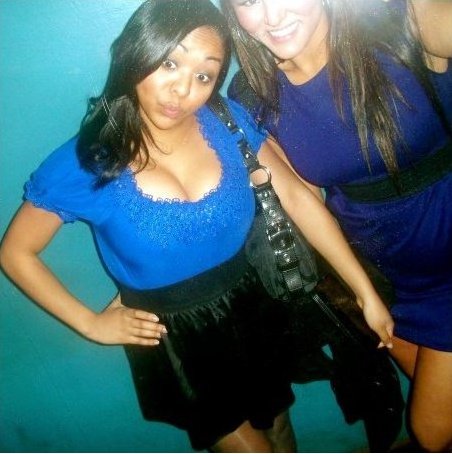 If this story pans out -- and odds are increasing by the second that it is accurate -- then Weiner's career is over.

Oh, yeah, you're right. I forgot about Ted Kennedy. In that case, Weiner's career may just be getting started. In fact, someday he'll probably be a "lion of the Senate", too.

As I write this, the tweet is still up at TweetCongress.org.

So, around the same time he was tweeting about hockey, he sends the underwear photos to that woman at @GennetteNicole. Don’t bother looking there, though. Rep. Weiner’s photos are all erased. And Gennette seems to have deleted her entire Twitter account. And, it seems, her Facebook account.

Look what RepWeiner tweeted earlier in the evening. I don’t know what it means, but look..why is he talking about Seattle?

Well, Gennette seems to live in Seattle. Could be a weird coincidence. Or about 5 of them.

I continue assuming, as Weiner says, that his Twitter account and his separate-company yfrog picture account were simultaneously hacked, and then someone sent this stuff to a college student in Seattle, and also, for reasons I don't get, he previously posted a helpful "that's about 5:45 in Seattle" tweet when discussing an upcoming appearance on Maddow.

I also assume that, after immediately wrestling control of these accounts from the mischievous malefactors, he deleted the offensive material, rather than preserving the evidence for the police...

Let me give the Magic 8-Ball of Plausibility a shake:


Linked by: Ace o' Spades, Gateway Pundit and Memeorandum. Thanks!


at 6:51 PM
Email ThisBlogThis!Share to TwitterShare to FacebookShare to Pinterest
Labels: Democrats, Weiner

I've got some more info here... check out her crushing on Weiner in April... twice she sent out a Weiner "boyfriend" tweet.

Doug, since a lot of people are linking to you.. perhaps you can put a note up on your site asking if anyone who saw the original Yfrog photo on their site to check their CACHE files, there might be valuable meta data within that file which could tell us more about where it originated.

Sorry, but I've got no dog in this fight. I really don't care and it is not a matter of public importance, whether or not a congressman has an affair with a female of legal age, married or no.

Granted, Weiner is obnoxious and crude, but I'll deal with his political behavior. His private life is of no interest. Let's set a good example for the lefty MSM on this.

Besides, she is cute and sexy - lead me not into temptation!

No bearing at all on politics, Newt Gingrich or John McCain can both serve as examples along with the "Lion of the Senate".

It is good comedy material though, thanks for the laugh.

Weiner's career over? Because he's maybe banging a college girl? You might be right. After all, look what serial adultery did to Newt's...oh, wait.

P.S. I seem to recall Rosie O'Donnell referring to Tom Cruise as her "boyfriend" for years on her old talk show.

Do you care Doug?

I have seen myself labeled as the “Femme Fatale of Weinergate,” “Anthony Weiner’s 21-year-old coed mistress” and “the self-proclaimed girlfriend of Anthony Weiner.”

All of this is so outlandish that I don’t know whether to be pissed off or amused, quite frankly. This is the reality of sharing information online in the 21st century. Things that I never imagined people would care about are now being plastered all over blog sites, including pictures of me from when I was 17 and tweets that have been taken completely out of context. I tweeted once (it was reported that I said it twice) that “I wonder what my boyfriend @RepWeiner is up to.”

I am a 21-year-old college student from Seattle. I have never met Congressman Weiner, though I am a fan. I go to school in Bellingham where I spend all of my time; I’ve never been to New York or to DC. The point I am trying to make is that, contrary to the impression that I apparently gave from my tweet, I am not his girlfriend. Nor am I the wife, girlfriend or mistress of Barack Obama, Ray Allen or Cristiano Ronaldo, despite the fact that I have made similar assertions about them via Twitter.

There have never been any inappropriate exchanges between Anthony Weiner and myself, including the tweet/picture in question, which had apparently been deleted before it reached me. I cannot answer the questions that I do not have the answers to. I am not sure whether or not this letter will alleviate any future harassment. I also do not have a clear understanding as to how or why exactly I am involved in this fiasco. I do know that my life has been seriously impacted by speculation and faulty allegations. My reputation has been called into question by those who lack the character to report the facts.

What other behavior would you expect from a Weiner?

Anyone can scour the internet and find pictures such as these. What's needed is someone to generate new ones that the temptress can't audit before display. I'm talking surveillance, harassment and perhaps some light pilfering. For what is the First Amendment if not a Creep's Charter?

1) I didn't post the young lady's name and photos until a series of other big bloggers had... and their posts didn't even matter either, because it was all over Twitter already. You can see that from my links.

2) Both Weiner and Cordova seems quite unconcerned with finding out who hacked into Weiner's official Twitter account. Absolutely bizarre.

I believe Cordova is a relative innocent in this -- but she is 21 years old, she was having, at minimum, some kind of electronic relationship with Weiner, and she received a sext from the Congressman's account.

Now that she's broken her silence, I thanked her for her column and also posed several questions to her.

I don't think it's inappropriate to ask these questions.

Such are the perils of allowing a very public figure, with curious intentions, to direct message you.

"I merely joined in the bullying."

Cordova began following Weiner on Twitter during the time his own tweets previously placed him in Seattle, and according to her statement, he began "following" her on the site, too...

...Some DC wonks were skeptical of Weiner's hacking story and questioned the lack of a police report about a crime as serious as Internet identity theft, a Washington insider said...

A link to a Murdoch tabloid, no less. Now that's authoritah.

I'm sure they're sensitive to how blacks are represented, and facts.

Don't waste valuable time pointing out the torches and pitchforks of others; get in there and root out some fresh slut-shaming visuals.

Shouldn't you be worried about catching this nefarious hacker?

Pass the popcorn, will ya?

It's slut-shaming. Even if you had the balls to admit it, you lack the self-awareness. Goes for that cretin Hoft also.

It seems merely using Twitter opens up women, even teenagers, to scorn and virtual panty raids.

Deep down, you must have an inkling of what you are. I couldn't live with that, and can only marvel that you can.

All of the kids her age (my kids included) lock their updates.

I know what I am: someone trying to save this Republic from the failed, Statist policies of the Marxist Left.

And I know what you are: an anonymous loser without an ounce of concern for millions of kids: the millions who will pay the tab or the trillions in failed, unconstitutional social-engineering experiments foisted upon a gullible public by Democrats since FDR.

Oh, I think your Mom's calling. Lunch is ready. You can leave the basement now, loser.

"Deep down, you must have an inkling of what you are. I couldn't live with that, and can only marvel that you can."

Oh, dear. Does it make Anon's lip quiver? That not everyone buys into the lies that his/her/its idol is telling about a pretty straightforward scandal? A hacked account. Yeah, sure. When that Conservative pol a few months ago got caught sending shirtless pics I didn't feel the need to create convoluted rationalizations, but then I try not to idolize politicians too much. Republicrat, Democran - they're just human, and some of them even lust after pretty women.

Love the red herring about racism and the "slut-shaming" whinge as well - perhaps buzz-words picked up from Feministe, or a similar female "thinker?" To think people would have the nerve to post news-stories about what is newsworthy. Clear misogyny, I tells ya.

What exactly does this girl being "Jew-obsessed" have to do with ANYTHING?

You should have a dog in this fight. If a man takes vows to not cheat on his wife and to be loyal to her. How can you expect him to respect his vows to the people. He buckled in the face of younger hotter girls, why wouldnt he buckle and start being corrupt in the face of a lot if easy money