Using far too many words, the president has -- at least verbally -- capitulated to the "Drill, Baby, Drill!" exhortations of Sarah Palin.

President Obama will open Alaska's national petroleum reserve to new drilling, as part of a broad plan aimed at blunting criticism that he is not doing enough to address rising energy prices. 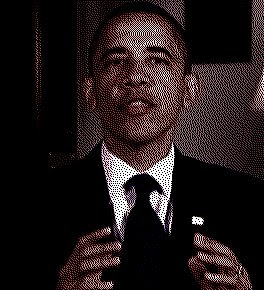 The plan, unveiled in Obama's weekly radio address Saturday, also would fast-track environmental assessment of petroleum exploration in some portions of the Atlantic and extend the leases of oil companies whose work in the Gulf of Mexico and the Arctic Ocean was interrupted by the drilling moratorium after last year's BP oil spill.

The measures come as high gasoline prices and the resulting popular anger threaten the fragile economic recovery and, possibly, the president's reelection chances in 2012. Congressional Republicans and some Democrats have been clamoring for increased domestic production in response to the rising prices, which economists say vary with global demand...

..."The president is finally admitting what Republicans have known all along — that increasing the supply of American energy will help lower prices and create jobs," Rep. Doc Hastings (R-Wash.), chairman of the House Natural Resources Committee, said in a written statement. "One weekend address announcing minor policy tinkering, while positive, does not erase the administration's long job-destroying record of locking up America's energy resources."

Of course, as Jim Hoft notes, the proof is in the pudding. Or, rather, the drilling.

Knowing what I do of this president, the only way America will get to unlock its vast energy treasure trove is to replace him in 2012.

We must throw off the shackles put upon us by those who who wish to be ruled by those have anoited themselves the Elite Kings!

obama will NEVER let the drilling actually start, he's just using this as a temporary fix for ratings over high gas prices. After costing oil companies billions over pulling leases off the alaskan coast, oil companies would do well to be wary of this scam.

Of couse you will only be able to drill if a black hole generator is on site for spill control. What, no has has a black generator, then forget it, your not drilling.

Sarah Palin doesn't have the power to affect policy change that God gave a field mouse. I wish that just once you repugnant bloggers could think of something other than your own greed. Do you think that maybe the stall on new drilling was waiting for any change what so ever in the safety of current drilling practices. Maybe you'd take that more seriously if BP had dropped an oil slick on your golf course.