Ten million times worse than Valerie Plame: additional UBL mission leaks that we (and they) should not know

Where's Valerie Plame when you need her to screech about real national security leaks?

...The U.S. deliberately hid the operation from Pakistan, and predicted that national outrage over the breach of Pakistani sovereignty would make it impossible to try again if the raid on bin Laden’s suspected redoubt came up dry.

Once the raiders reached their target, things started to go awry almost immediately, officials briefed on the operation said. 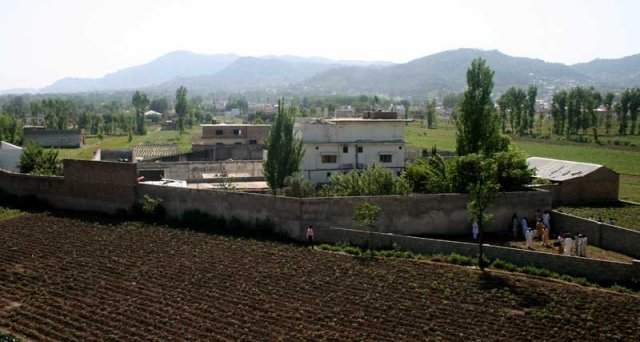 ...Adding exclusive new details to the account of the assault on bin Laden’s hideout, officials described just how the SEAL raiders loudly ditched a foundering helicopter right outside bin Laden’s door, ruining the plan for a surprise assault. That forced them to abandon plans to run a squeeze play on bin Laden — simultaneously entering the house stealthily from the roof and the ground floor. 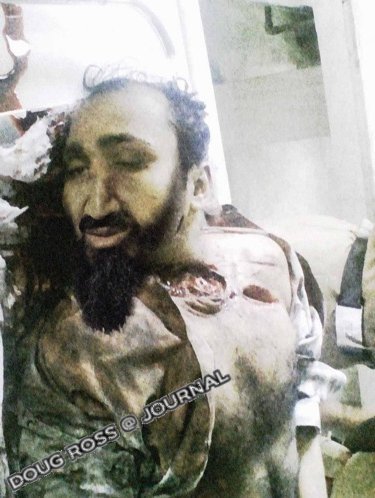 ...The officials spoke on condition of anonymity to describe a classified operation. [Ed: which, I believe, is still a crime.]

U.S. officials believe Pakistani intelligence continues to support militants who attack U.S. troops in Afghanistan, and actively undermine U.S. intelligence operations to go after al-Qaida inside Pakistan. The level of distrust is such that keeping Pakistan in the dark was a major factor in planning the raid, and led to using the high-tech but sometimes unpredictable helicopter technology that nearly unhinged the mission.

...Five aircraft flew from Jalalabad, Afghanistan, with three school-bus-size Chinook helicopters landing in a deserted area roughly two-thirds of the way to bin Laden’s compound in the Pakistani city of Abbottabad, two of the officials explained.

Aboard two Black Hawk helicopters were 23 SEALs, an interpreter and a tracking dog named Cairo. Nineteen SEALs would enter the compound, and three of them would find bin Laden, one official said, providing the exact numbers for the first time... Aboard the Chinooks were two dozen more SEALs, as backup. [Ed: release of these numbers is not good.]

...As three of the SEALs reached the top of the steps on the third floor, they saw bin Laden standing at the end of the hall. The Americans recognized him instantly, the officials said... Bin Laden also saw them, dimly outlined in the dark house, and ducked into his room... The three SEALs assumed he was going for a weapon, and one by one they rushed after him through the door...

...Two women were in front of bin Laden, yelling and trying to protect him, two officials said. The first SEAL grabbed the two women and shoved them away, fearing they might be wearing suicide bomb vests, they said... The SEAL behind him opened fire at bin Laden, putting one bullet in his chest, and one in his head.

...Back at the White House Situation Room, word was relayed that bin Laden had been found, signaled by the code word “Geronimo.” That was not bin Laden’s code name, but rather a representation of the letter “G.” Each step of the mission was labeled alphabetically, and “Geronimo” meant that the raiders had reached step “G,” the killing or capture of bin Laden, two officials said.

...As the SEALs began photographing the body for identification, the raiders found an AK-47 rifle and a Russian-made Makarov pistol on a shelf by the door they’d just run through. Bin Laden hadn’t touched them...

And sorry about the "UBL death photo". I think this august journal was the first to post this particular image, and -- based upon the description of the firefight -- it's the only one I've seen that looks like an accurate representation.

Yhe idea that there was any real stealth in the execution of the raid is BS.

A local tweeter tweeted the whole damn thing as it happened PRINCIPALLY due to the NOISE of the "stealth" helicopters.

Therefore, today's version - version #1289436478909 - that it was stealthy until the chopper malfunctioned forcing them to jettison their stealthy attack on the roof of the house is "p*re bullshit."