The impeccably sourced Gawker (heh!) has an intriguing back-story to the Sperminator's shocking admission that he secretly fathered a love child and hid it from his family for more than a decade. 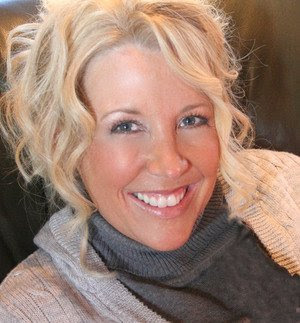 News of Arnold Schwarzenegger having fathered a child with a member of his household staff more than a decade ago shouldn't come as a surprise. The alleged existence of an out-of-wedlock son, including his name and his mother's name, was reported by the London Daily Mail in 2003. That's him playing high school football...

The boy, Tanner Tousignant, graduated from Brea Olinda High School in Brea, Calif., last year, according to his Facebook profile. His mother, Tammy Tousignant, served as a stewardess on Schwarzenegger's private jet for 20 years. In a story that's no longer online, the Daily Mail's Wendy Leigh outed her as the mother of Schwarzenegger's child just days before the special election that swept him into the governor's office... 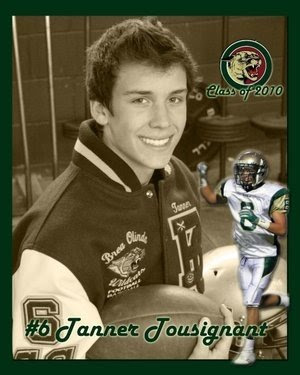 Tammy was in her late 20s when Schwarzenegger first strode on to the chartered private plane on which she was flight attendant. He was instantly beguiled by her, and soon, according to several sources, they became romantically involved.

'Everyone knew that she was Arnold's lover - everyone,' said a source who is employed in the tightly-knit circle of the California charter-jet business.

Tammy would fly all over America with Arnold - to Colorado, to Sun Valley - and as soon as the plane landed anywhere, she would disembark with him, climb into his limousine and drive off with him, leaving the crew watching... According to one of Tammy's colleagues, Kristin Campbell, she routinely boasted that 'her baby was Arnold's'. The same claim has been made by two other women who knew Tammy well...

All that said, the impeccably-sourced Huffington Post (heh!) says that Gawker's story is bunk.

Tousignant's attorney Thomas E. Anthony told RadarOnline.com Tuesday that a paternity test had been conducted and Schwarzenegger was not the father of her child.

The woman behind the latest Arnold Schwarzenegger-Maria Shriver marriage drama has been identified as Mildred Patricia Baena, 50, by celebrity news website TMZ.com... 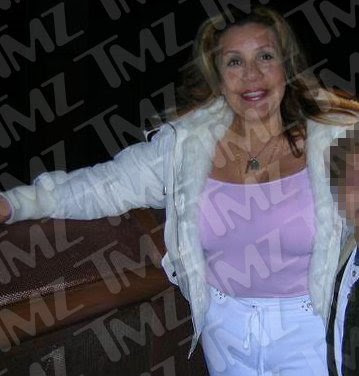 Baena, a housekeeper, is reported to have given birth to a boy fathered by the former Californian governor about a decade ago, according to the website. She worked at her $1,200-a-week job, which included cooking, cleaning and laundry, for 20 years until her retirement in January.

Schwarzenegger, who completed his second term as governor earlier this year, is believed to have been supporting the unidentified boy financially since his birth... TMZ.com has also claimed that Schwarzenegger used his Santa Monica office for meetings with a series of women, around five to seven years ago.

Update: Current News has several interesting photos alleged to be the "love child" and Mom. 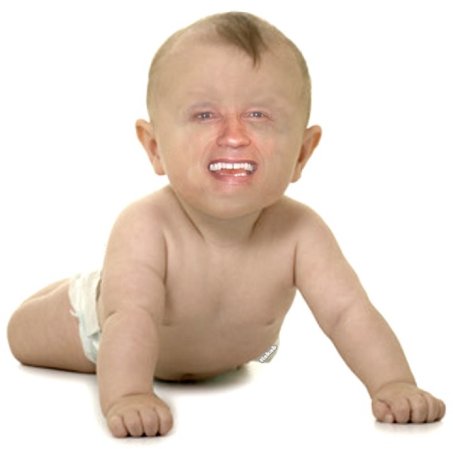 at 8:46 PM
Email ThisBlogThis!Share to TwitterShare to FacebookShare to Pinterest
Labels: MSM, Water-cooler

No character named Tanner that I know of.

Oh really? As a 27yo nanny who has worked in the same house for 4 years, with a family with a stay at home 37yo father, I can tell you that sexual tension can build over time when you work on such a personal level. Yes, she should have showed restraint, BUT SO SHOULD HAVE HE! If a famous, rich, politically powerful celebrity comes onto you, it is difficult to say no. I'm sure she was flattered and conflicted, but ultimately wanted to feel she deserved his attention. Good for Arnold for taking care of his children financially, shame on him for making Maria look like a fool.

What were you thinking?

what were you thinking?

As was said of Grover Cleveland
"Hey, ma, where’s my pa, gone to the White House, HA HA HA."

You are a complete fool if you think your response makes since or if you thought anyone would sympathize with this ridiculous feeling. You and any other woman who share your feelings are weak, spineless, insecure, needy, trashy, scum on the bottom of a pigs foot. This is how people lose their life. You don't mess with someones family. Their are maids, nanny etc.. in prison for murdering stupid, ignorant, selfish whores like you.