With the government about to hit its $14.3 trillion debt limit, Treasury Secretary Timothy Geithner has warned of "catastrophic" consequences and a new recession if Washington is not able to borrow more.

A divided Congress has run out of time to raise the debt limit before Monday's deadline, forcing Geithner into an emergency reallocation of funds so the government can meet its obligations, including payments to Treasury bondholders.

Those measures are only expected to give the government until August 2 before it will start defaulting on payments including those on Treasury debt, an event that could trigger chaos in world financial markets.

Real 'wrath of God'-type stuff. Fire and brimstone coming down from the skies! Rivers and seas boiling! 40 years of darkness! Earthquakes, volcanoes. The dead rising from the grave! Human sacrifice, dogs and cats living together... mass hysteria!

Legendary investor Stanley Druckenmiller says Geithner is a fool and a liar. Or at least, that's how I interpreted his debunking of Timmay's apocalyptic rhetoric. 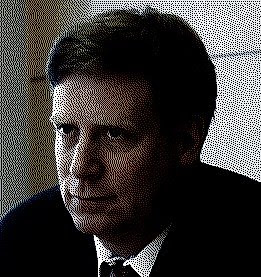 Mr. Druckenmiller had already recognized that the government had embarked on a long-term march to financial ruin. So he publicly opposed the hysterical warnings from financial eminences, similar to those we hear today...

...He recalls that then-Secretary of the Treasury Robert Rubin warned that if the political stand-off forced the government to delay a debt payment, the Treasury bond market would be impaired for 20 years. "Excuse me? Russia had a real default and two or three years later they had all-time low interest rates," says Mr. Druckenmiller.

...Asked if the future is not so bad judging by today's low bond rates he says, "Complete nonsense. It's not a free market. It's not a clean market." The Federal Reserve is doing much of the buying of Treasury bonds lately through its "quantitative easing" (QE) program, he points out. "The market isn't saying anything about the future. It's saying there's a phony buyer of $19 billion of Treasurys a week."

...Of course, there is another name for this type of arrangement and so far only Bill Gross has used it: Ponzi Scheme.

Got that, Boehner and McConnell?

The whole house of cards is set to collapse if we don't start cutting the size of the swollen behemoth known as the federal government.