What do you get when you combine crony capitalism, organized crime, corruption, graft, public sector union bosses and the outright rape of the taxpayer?

That would be the Democrat Party of Illinois:

The March 17 monthly meeting of the Illinois Educational Labor Relations Board began at 10 a.m. in Springfield.

The board members approved the minutes of the previous month's meeting. They discussed labor disputes from several school districts. They issued orders in several cases. They heard staff reports. They moved the date of the next monthly meeting. They took six votes (all unanimous), including the adjournment vote, which came at 11:16 a.m.

Their effective pay for that 76-minute meeting was about $7,800 each. 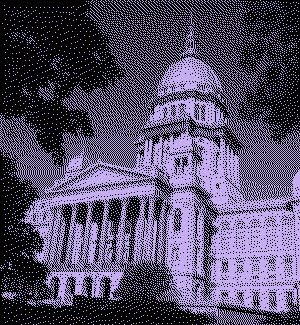 Four of the board members are paid $93,926 a year, with the chairwoman getting $104,358 for a job that generally entails one meeting per month, usually for one to two hours. Relevant documents are sent to board members' homes ahead of time. A full-time staff member gives them recommendations at the meeting. Most of the votes are unanimous. Some board members don't even travel to all the meetings, instead listening in by phone.

How do you get a gig like that? Technically, you just have to be appointed by the governor and confirmed by the state Senate. But the members of the educational labor board aren't what you'd call typical citizens.

The board is one of more than 320 in the state's executive branch, where unelected appointees preside over governmental decisions from utility rates to pollution control to property tax appeals. Some 30 of the boards offer payment for members ranging from a few hundred dollars per meeting to five or six figures a year, records show. Salaried board members also get state pensions...

...[Sen. Dan] Duffy [R-Barrington] introduced legislation in February that would bar the relatives of state officials from getting board or commission appointments. The legislation didn't even get a committee hearing.

We need the productive citizens and businesses you keep chasing out of your monumentally defective state.