Santorum didn't go far enough. I, for one, support waterboarding Democrats to see which ones are really Marxists

I've come to expect blatant lies from left-wing propaganda rags like Salon, which misrepresented Rick Santorum's remarks concerning enhanced interrogation techniques ("Santorum: What does McCain know about torture?"). The spin was false: Santorum simply stated that McCain doesn't understand (or perhaps doesn't want to understand) Enhanced Interrogation Techniques, which have been used for decades by American forces -- including on each other during training exercises.

Do EITs work? Of course, they do as Obama CIA head Leon Panetta admitted and as have others in the know. 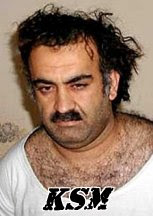 Shortly after Osama bin Laden met his demise at the hands of U.S. special forces, Michael Mukasey opined in the pages of the Wall Street Journal that harsh interrogation tactics had been key to identifying a courier, which, in turn, led to locating bin Laden’s compound. Such an assessment, from a highly respected former attorney general, was bound to be influential...

...Mukasey’s conclusion that the intelligence trail to bin Laden traced directly back to harsh interrogation, particularly (though by no means exclusively) the waterboarding of Khalid Sheikh Mohammed, is on the mark. McCain is the one twisting the facts — all the worse when one considers that the senator has been perfectly willing to rely on intelligence gleaned from “torture” when it suits his purposes.

[McCain's] claim [that waterboarding is torture] has indeed been disputed — by several of McCain’s fellow prisoners of war, [many of whom] vehemently disagree with his assertion that waterboarding, as practiced by the CIA, even remotely constitutes torture. 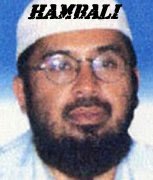 When I was researching my book, “Courting Disaster,” I interviewed many of them, including Col. Bud Day, who received our nation’s highest award for valor, the Medal of Honor, for his heroic escape from a North Vietnamese prison camp. When Day was returned to the prison, his right arm was broken in three places and he had been shot in the hand and thigh during his capture. But he continued to resist interrogation and provide false information — suffering such excruciating torture that he became totally physically debilitated and unable to perform even the simplest task for himself. In short, Day is an expert on the subject of torture. Here is what he says about CIA waterboarding:

“I am a supporter of waterboarding. It is not torture. Torture is really hurting someone. Waterboarding is just scaring someone, with no long-term injurious effects. It is a scare tactic that works.”

...Like Day, Col. Leo Thorsness was awarded the Medal of Honor for extraordinary heroism during the Vietnam War. He experienced excruciating torture during his captivity — his back broken, his body wrenched apart. He says what the CIA did to al-Qaeda terrorists in its custody was not torture... "I would not hesitate a second to use ‘enhanced interrogation,’ including waterboarding, if it would save the lives of innocent people.”

Another torture victim who supports waterboarding is Adm. Jeremiah Denton — the POW who famously winked the word “T-O-R-T-U-R-E” in Morse code during a North Vietnamese propaganda interview. It was the first message to the outside world that American prisoners were being tortured. Denton later received the Navy Cross for this courageous and costly act of defiance, for which he paid dearly when his captors figured out what he had done. I asked Denton if he thought waterboarding was torture. He told me: “No, I think it’s persuasive..."

In fact, the once-classified memos released by President Obama in April of 2009 proved that waterboarding worked.

And I, centrist that I am, will only support a GOP candidate who believes Democrats in Congress should be waterboarded to find out which ones are Marxists.

I would support waterboarding democrats except the premise for conducting interrogation is that the subject knows something. Most democrats have no idea what they are doing.