Sometimes, try as you might, you simply can't add any snark to a story

He still believes in me.

What kind of political leader tells his supporters this?

My belief in you has not lessened.

President Obama does. That’s what he said toward the end a speech at a campaign fundraiser last night in Washington to a relatively youthful crowd of supporters he was trying spur back toward the energy level of 2008.

He still believes in what he believes, which is also what they believe, he said.

The vision that brought us together in 2008, that’s undiminished in me.

And best of all, our Leader let it be known, thankfully, that he continues to have faith in you and me as well. 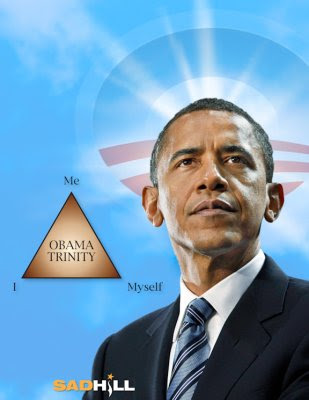 Last night I was talking to one of my plants, telling him – or her, who knows?? – that I thought Obama might have lost faith in me.

I told him – or her . . . oh for goodness sakes I’ll just call it “Plant,” – I told Plant that Obama seemed not to be paying attention to people like me. You know, going golfing and skipping disasters and so on.

I was going to write him a letter, saying, “What have I done wrong? What can I do to pleaseth thou and regain thy favor.”

Oh I hate when I slip into King Jamesspeak. Always happens with Obama.

But it turns out he still thinks I’m decent. And he believes I can make choices on behalf of future generations, which I can. I mean, I pick out my kids’ clothes every day.

I will try from now on to do things right, Mr. President. I’ll work for change you can believe in. I won’t give up hope, unless gas hits $5 a gallon. And as a sign of my nearly religious commitment, I will even obey Michelle’s dietary laws.

Because thou hast commanded . . .

There's a word for this kind of behavior.

It starts with 'd'. And ends with 'elusional'.