The President and First Lady are in Britain on a goodwill tour. Pictured here are a few of the locals who were on hand to give BHO a proper British greeting. 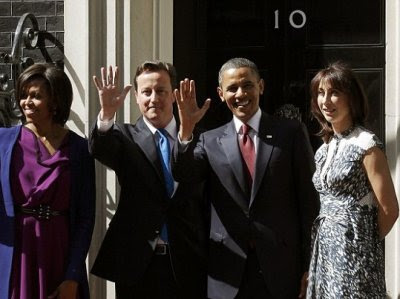 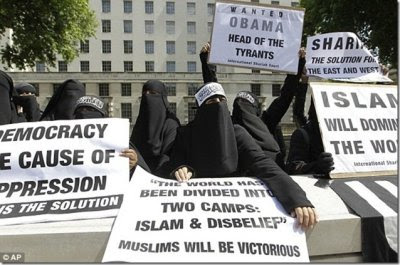 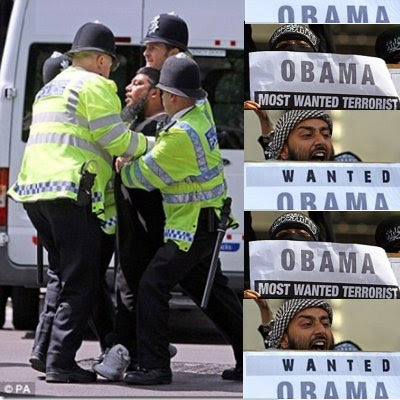 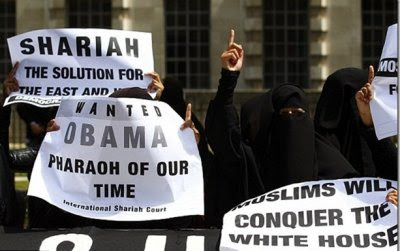 Good to see Obama’s Muslim charm offensive has won over so many converts to our side. Of course, those pictured here are on the radical fringe. Most Britain’s “moderate” Muslims keep to themselves and avoid being photographed.

I say we give these tolerant souls a state!

As an aside, anyone willing to bet me $100 that we'll never see these photos in The New York Times?

We'll never see the pictures on Fox News either.