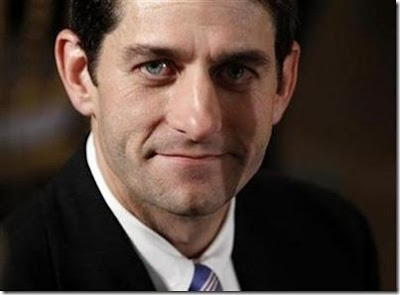 This is a picture by Reuters of Rep. Paul Ryan, Chairman of the U.S. House Budget Committee, at a dinner hosted by U.S. President Barack Obama in the White House on May 2, 2011. It appears as a photo illustration accompanying an online Reuters story today about budget negotiations. Anybody who has ever worked in the news media knows that dozens of photographs (or scores) are taken from many angles and then evaluated before one is approved for publication.

Hurry and click the links before Reuters’ twits realize what twits they are and pull the shot down. 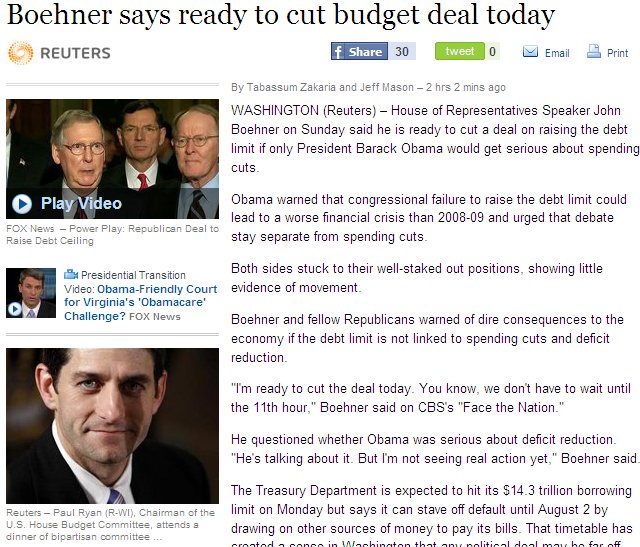 Hint for legacy media: this continual demonization of Republicans is getting old and tired. Like legacy media itself.

at 4:05 PM
Email ThisBlogThis!Share to TwitterShare to FacebookShare to Pinterest
Labels: Democrats, MSM

It looks like an artifact. I look at almost every Obama photo that I can find and I don't think the photogs are in the tank as much as they used to be.

Here is a recent arrogant Obama. They have had some Obama limp-wristed photos, too, but I suppose those are hard to avoid.