California and Governor Jerry Brown made a massive error in the formation of a California Online Tax, that amounts to triple taxation in the state for online S-corporations. Amazon and Overstock aren't the only ones hurt by the new tax, and it should be challenged in court... 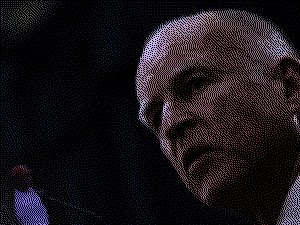 Unfortunately, Governor Brown has signed into law the bill that we emailed you about earlier today. As a result of this, contracts with all California residents participating in the Amazon Associates Program are terminated effective today, June 29, 2011...

...Frankly, while the law itself has many affiliates hoping mad, it was bound to happen. But the law's got a nasty bug in it that must be cleared up. I'll use my online sports game company as an example.

The State Of California has already taxed my Internet company for income earned. All of our sales are online. Plus, they get me for a personal income tax!

Under the new law, an online company like mine could be taxed three times: for total income tax, corporate, tax and then for sales tax. That's too much.

There's nothing in the law preventing such a scenario from happening, because there's to language to restrict the State Of California from such an action. If you're an online legal California Corporation, you're going to get taxed three times. It's that simple.

...It sets up a massive incentive for thousands of California Corporations to just quit the state and find other homes... One day next year, Governor Brown's going to wake up to the reality of no new taxes collected, and a massive exodus of Internet vendors. By then, any retro action would be too little, too late.

Send the businesses our way. We need smart, talented entrepreneurs who want to live in a free state. I mean, a Red State.

The Law Of Unintended Consequences bites a liberal on their ass AGAIN!

*laughs maniacally & scampers off into the sunset*

I'm not sure this article is accurate. Remember it is written by a left winger, not a CPA or tax lawyer. I am Canadian, so don't understand much about US tax, but I thought S Corporations' profits were taxed in the shareholder's hands, not in the corporation.

Of course if US corporate taxation rates were competitive with the rest of the world, people wouldn't need S corps. Corporations like Amazon should move to a place like Canada where they would pay lower personal tax in the first place.