Obama's Coalition of The Unwilling [Dan from New York] 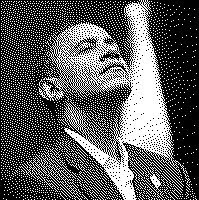 In the beginning, Obama used the Left’s flimsy Right to Protect (R2P) doctrine as his justification for making war on Libya, and then quickly outsourced the military mission to NATO to avoid Congressional oversight, branding it “leading from behind.” Now, a counterfeit policy meant to protect civilians under attack is creating genuine casualties among the civilians it's meant to protect. According to Obama’s game plan that wasn’t supposed to happen, and members of his timorous NATO team are calling for an immediate timeout.

ROME (AFP) — Italy called for a suspension of hostilities in Libya on Wednesday in the latest sign of dissent within NATO as the civilian death toll mounts and Moamer Kadhafi shows no signs of quitting power.

"We have seen the effects of the crisis and therefore also of NATO action not only in eastern and southwestern regions but also in Tripoli," Italian Foreign Minister Franco Frattini told a parliamentary committee meeting.

(VOA News) - Italy's foreign minister and the outgoing head of the Arab League have each called for a halt to hostilities in Libya.

Meanwhile, Britain's Guardian newspaper quoted Arab League head Amr Moussa as calling for a cease-fire and saying now is the time to reach a political solution to the crisis. The newspaper said Moussa also expressed reservations about his support for the NATO bombing campaign after seeing civilian casualties.

I wonder how the President will justify his violations of the War Powers Act when NATO itself pulls out?