Record-breaking floods are devastating the Midwest and causing evacuations throughout the region. The tragic element to the story: the environmental movement is largely responsible for the death and destruction. Joe Herring, writing at The American Thinker, describes the vicious, criminal mindset of the environmental Luddites whose policies today threaten millions.

Some sixty years ago, the U.S. Army Corps of Engineers (USACE) began the process of taming the Missouri by constructing a series of six dams. [The project] allowed millions of acres of floodplain to become useful for farming and development... By nearly all measures, the project was a great success. 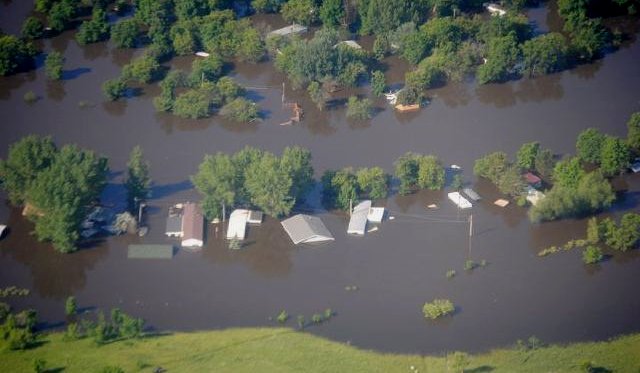 But after about thirty years of operation, ... the Corps received a great deal of pressure to include some specific environmental concerns into their [plans]. The Clinton administration threw its support behind the change, officially shifting the priorities of the Missouri River dam system from flood control, facilitation of commercial traffic, and recreation to habitat restoration, wetlands preservation, and culturally sensitive and sustainable biodiversity.

...This year, despite more than double the usual amount of mountain and high plains snowpack (and the ever-present risk of strong spring storms), the true believers in the Corps have persisted in following the revised [environmentalists' plans], recklessly endangering millions of residents downstream. 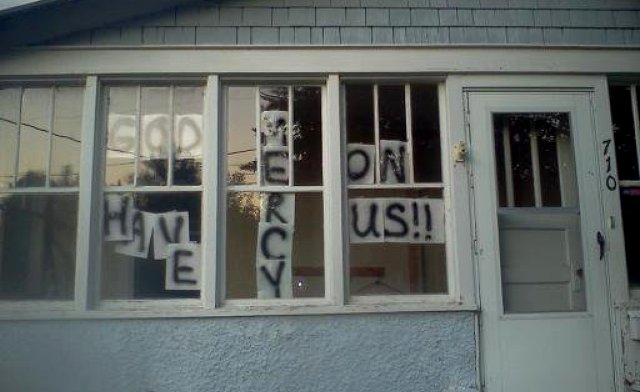 ...Greg Pavelka, a wildlife biologist with the Corps of Engineers in Yankton, SD, [defended the destruction, stating] that this event will leave the river in a "much more natural state than it has seen in decades," describing the epic flooding as a "prolonged headache for small towns and farmers along its path, but a boon for endangered species." He went on to say, "The former function of the river is being restored in this one-year event. In the short term, it could be detrimental, but in the long term it could be very beneficial."

At the time of this writing, the Corps is scrambling for political cover, repeatedly denying that it had any advance warning of the potential for this catastrophe... [But on] February 3, 2011, a series of e-mails from Ft. Pierre SD Director of Public Works Brad Lawrence sounded the alarm loud and clear. In correspondence to the headquarters of the American Water Works Association in Washington, D.C., Lawrence warned that "the Corps of Engineers has failed thus far to evacuate enough water from the main stem reservoirs to meet normal runoff conditions. This year's runoff will be anything but normal." 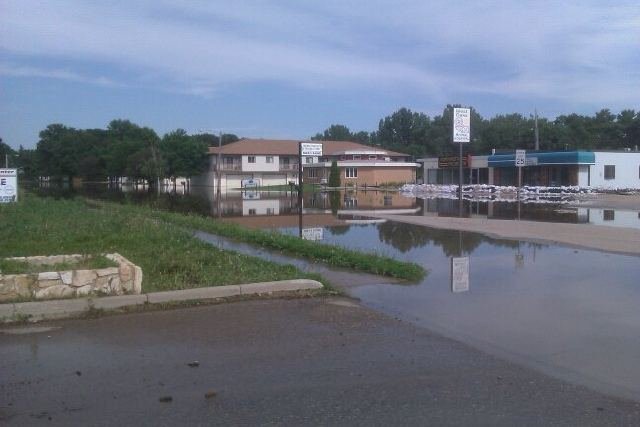 In the same e-mail, he describes the consequences of the Corps failure to act as a "flood of biblical proportions." His e-mails were forwarded from Washington, D.C. to state emergency response coordinators nationwide... Given the statements of Corps personnel, and the clear evidence of their mismanagement, the possibility that there is specific intent behind their failure to act must be investigated without delay.

This is a mind-boggling rate of release. Consider that 150,000 cubic feet of water would fill a football field instantly to a depth of four feet. This amount of water, being released every second, will continue unabated for the next several months. The levees that protect the cities and towns downstream were constructed to handle the flow rates promised at the time of the dam's construction. None of these levees have ever been tested at these levels, yet they must hold back millions of acre-feet of floodwater for the entire summer without failing. In the flooding of 1993, more than a thousand levees failed. This year's event will be many orders of magnitude greater...

This isn't the first instance of genocide in the name of "the environment". And, as long as this administration remains in power, it won't be the last.