Narcissistic rage and envy: The narcissistic individual ... is prone to intense anger, an irrational rage, which may take the form of acute explosions or be chronic and vengeful. This narcissistic rage is provoked by the slightest—real or imagined—narcissistic insult, such as not being seen, understood, or appreciated, in the way one feels he deserves. Narcissistic envy may arise; one hates anyone who has (or seems to have) ... external acclaim and feels pain about not having what the other has. (The Point of Existence)

On May 20th of this year, Israeli Prime Minister Benjamin Netanyahu "publicly lectured" Barack Obama over the president's call for the tiny Jewish state to return to its pre-1967 borders. Netanyahu called the borders "indefensible" and flatly rejected the president's demands. Observers in legacy media were "stunned" that anyone had dared stand up to the president:

ABC's Christiane Amanpour declared she was "stunned" by his "public lecture" of the President and NBC's Andrea Mitchell hissed, "it was really rude," and charged he treated Obama "like a school boy."

Mitchell didn't reserve her criticism to Netanyahu as she even went after Republicans who dared to take his side, accusing them of "piling on the President."

During Netanyahu's statement, Obama's body language was imperious and withdrawn. According to an unverified report, once Netanyahu had departed, Obama flew into a rage over the perceived insult: 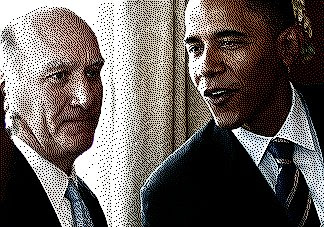 Shortly after the photo-op meeting and “working lunch” with Israeli Prime Minister Benjamin Netanyahu, the one that saw President Obama openly chastised by the Prime Minister for Obama’s earlier public comments regarding wanting to see Israel return to its 1967 borders, the president verbally “went off” on Richard Daley in the private study area that adjoins the Oval Office. President Obama’s verbal attack was clearly heard by numerous staff up and down the West Wing hallways.

The essence of the president’s rage and embarrassment can best be summed up with him yelling out very loudly, “What the f*** was that!?” That phrase was apparently repeated a number of times in the span of about five minutes, a time period in which Obama’s voice became “louder and louder” and culminating in Obama exclaiming, “Never again! Do you understand me? Never again!” Any response by Bill Daley back to the president, if given, was not overheard.

In today's Washington Post, Jennifer Rubin ("Obama bullies Israel; so much for promises at AIPAC") describes how the president may be exacting his revenge for Netanyahu's perceived rebuke.

Since the president’s Arab Spring speech, friends of Israel have been nervous about at least two issues: the promise Israel would not have to sit down with those who seek its destruction and the negotiations based on the “1967 borders with land swaps.” This weekend it became apparent that there is much to worry about and that the Obama administration has been playing a game usually practiced by the Palestinians, namely telling its domestic audience one thing and the negotiating parties something different... 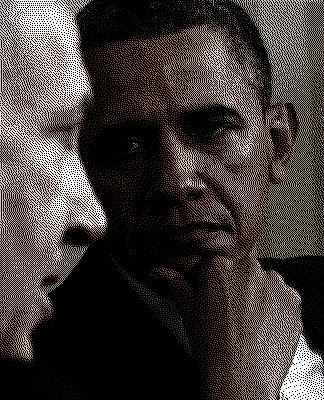 The White House is pressing Israeli Prime Minister Benjamin Netanyahu to publicly adopt President Obama’s view that Israel’s pre-1967 border should be the basis for future peace talks [stating it] was part of an effort to head off Palestinian plans to declare an independent state at the United Nations in September.

Is the U.S. president pressuring Israel to adopt a position that is not its own and diminishes its bargaining position? And what happened to the statements in President Obama’s speech to AIPAC that Israel could not be expected to sit down with those who want to destroy it? After all Hamas has not yet agreed to the Quartet principles (recognize Israel, renounce terrorism and abide by past agreements), nor has Mahmoud Abbas separated himself from the unity government.

...This is a very, very big deal. Former deputy national security adviser Elliott Abrams explained to me Friday evening: “I hope news reports of what the Obama White House is privately demanding of Israel are wrong. If the reports are right, the U.S. is now abandoning the Quartet Principles — and asking Israel to negotiate with a Palestinian side that includes Hamas without Hamas taking one single step away from terror.

...[And] what about the 1967 borders? Democratic defenders of the president have insisted that “1967 borders with land swaps” is nothing new. But it appears it certainly is. As the insider noted, “Yes, they are pressing for ’67 with swaps, not exactly ’67. But that’s not really the point — they’ve already adopted what was a Palestinian ‘goal’ as U.S. policy."

...And it is actually worse than that... Israel is being pressured to give up prior understandings that the Western Wall and the Jerusalem suburbs, for example, would never be part of a Palestinian state.

Rubin also spoke with Rep. Peter King (R-N.Y.), "who plainly was angry over the continued effort to bully Israel ... 'President Obama never learns. His real instinct is to weaken Israel. You don’t treat an ally this way.' He said he has never seen this sort of behavior from any U.S. president [and] the current posture is 'shameful.'"


Linked by: Gateway Pundit and Flopping Aces. Thanks!

at 10:44 AM
Email ThisBlogThis!Share to TwitterShare to FacebookShare to Pinterest
Labels: Democrats, extremism, Obama, War

I think it is clear obama's trademark "Narcissistic rage and envy" is symptomatic of a greater evil this man possesses, that obama is a tyrant. At every turn obama imposes his will, ideology, and an unmistakable agenda of destruction of Liberty, freedoms and prosperity, upon literally hundreds of millions of people of Liberty, living in both Israel and America. That is the definition of tyranny imposed by a dictator no matter how it is dressed up by propaganda lies and confidence scams foisted on the population of the United States and her Allies by the legacy media, ruling elites and "elected/appointed Nomenklaturer class of judicial, regulatory, executive, "Law Enforcement" and legislative surrogates in the bag of the tyranny breathing down our throats.
Obama is a tyrant in every possible definition of the word imaginable, from his petulance to his arrogance, his disdain for the Liberties and security of an entire set of peoples who are natural born citizens of the only two free nations remaining on Gods green earth, America and Israel. Now give me a rational logical alternative to these facts of how obama and his ilk behave and act, the utter complete lack of duty and honor of the rule of law and republican form of Constitutional government of for and by we the people, how these traitors accord themselves of the trust and oaths of office and I'll eat my hat.

I wish we had more Men in the world to slap King DemoNazi in his face again and again.

narcissist does not even begin to describe this dictator's mein.

BHO won't be happy until he assaults all the free peoples the world over, he is a ratbag purveyor of misery and hate.

One thing we have to look forward to is the plethora of "tell all" books that will hit the stores after we run this pig out of office in 2012.

I doubt this is only one of many incidents of his rage, petulance, and overall child-like behavior.

If that incident is true--and it may not be--I'd say the "never again" was nothing less than poetic,

he's a child and obviously dislikes Israel . Question? Due to British Mandate or pro- Muslim bias? Your mileage may vary. Needless to say, the child met a man and got schooled

"A man is best judged not by his actions, but rather by his reactions."

Barry is a bitchy male, no doubt.

Quoted from and Linked to at:
Narcissism: It's All The Rage

How little Obama knows about leadership couldn't have been more obvious. Poking Prime Miniswter Netanyahu on television from the White House was yet another epic failure on oboy's part. A wiser,experienced or slightly shrewder leader would never behave in that juvenile way.
Netanyahu handed him his hat or ass which he richly deserved.

The president is without a doubt the most frightening president we have ever had. He may be book smart, but when it comes to reality and how the world really works he is a mental midget. Israel fought for the land in 67 and won it. The arabs encouraged the people to leave during the war and then refused to take their beloved sons and daughters in. If the other arab courties love them so much let them in. Israel has no need for them (arabs). I only hope that his treatment of israel will wake the voters up and send his sorry ass back to chicago where he belongs.

puppet obomba is more than narcism, he is also EVIL.

obomba brought ebola to America for the first time in history.