Each day we seem to read a few more reminders that Islam in the U.S. is a political system wrapped in the protective coating of a religion. Unfortunately, said political system is utterly and completely at odds with the Constitution and America's founding document, the Declaration of Independence. 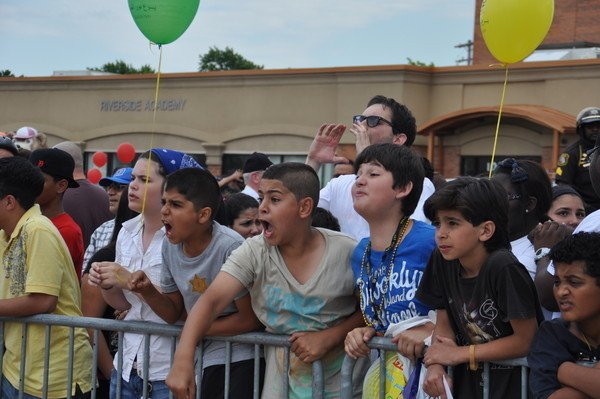 ...Several more arrests occurred within the Arab International Festival on both Friday and Sunday, as several anti-Muslim Christian groups vocally attacked Islam in and around the free speech zone guarded by Dearborn police and Wayne County sheriffs. The demonstrations drew the ire of hundreds–if not thousands–of festivalgoers, some of whom threw rocks, bottles and insults at the evangelist groups. Despite the sometimes violent responses–a Sunday scuffle led to the arrest of one of the self-proclaimed “Bible Believers," as well as the man who attacked him–Dearborn officials were generally pleased with the weekend...

The violence occurred because last year's event was attended by a handful of Christians who tried to hand out proselytizing material. The conclusions?

Today's Exhibit B: a "Shariah Law Neighborhood [Will be] Established Six Blocks From the White House". 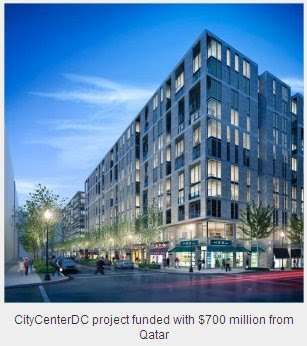 An investment arm of oil-rich Qatar is putting up the equity needed to fund the massive [$700 million] CityCenterDC project, officials said moments before breaking ground Monday at the site of the old downtown convention center six blocks from the White House...

...Even before the Qatari investors became involved, [developers] Hines and Archstone determined that leasing to banks would not help them... [But] their hesitancy on bank branches meshed with the policies of their financial partners, who adhere to the restrictions of Shariah, or Islamic law, including the ban on collecting interest. Restaurants will be able to serve liquor, but retailers whose primary business involves selling alcohol will not be allowed, Mr. Alsup said.

...So, no bars or banks for the biggest downtown construction project in recent memory! As Bill Alsup alluded to, banks aren’t all that great for a city streetscape, and it’s admirable that they planned to forego such a dependable and high-rent-paying tenant. It’s less advantageous, though, to not have business devoted primarily to selling alcohol. CityCenterDC is unlikely to be plagued by liquor stores, but it could definitely use a few places to be out at night drinking without getting a full dinner. Could Qatari money turn CityCenterDC into more of a black hole than the last piece of the puzzle in a living downtown?

And in related good news, the "Hamas-Tied CAIR [Has] Release[d] Its First Annual Hit List.

[CAIR's] report lists the "worst" Islamophobes and the "best" of those pushing back against growing anti-Muslim sentiment in American society and presents an initial set of recommendations for Muslims and Americans of other faiths to challenge Islamophobia.

Those commended for pushing back against Islamophobia include New York City Mayor Michael Bloomberg, "The Daily Show" host Jon Stewart, and MSNBC's Rachel Maddow, among others.

Recommendations in this first annual report are directed toward American Muslims and their institutions. The report states: "This is a reflection of our belief that American Muslims must take the lead in pushing back against Islamophobia. ... In a future report, we will offer recommendations to the public and private sectors."

At some point, the vast reservoir of goodwill possessed by the American people towards people of all cultures, colors and faiths will run dry.

And it will have been exhausted by countless exhibitions of intolerance and violence, exhibited on a daily basis around the world.