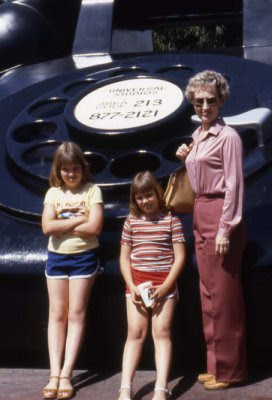 Jim Rogers: Financial crisis of 2008 was just a warm-up: EconCol
Will CME Move out of Illinois?: P&F
How NBA Owners Lost $300 Million this Year: RefBrok

Weiner Nation: Kuhner
Am I The Only One Who Anthony Weiner Didn't D***-Dial?: Ace
The Sarah Palin I Know: Ziegler

Viva the New American Revolution: PJM
So it begins: Interviewed on MSNBC, Dick Durbin admits that this is now Barack Obama’s economy: IHTM
Ann Coulter Smacks Down Arrogant Eliot Spitzer: 'What Business Have You Run?': NB

QOTD: "Mr. Weiner’s actions are unacceptable for a public representative. His behavior was reckless, demonstrating an appalling lack of judgment. It also showed contempt for his constituents. He disgraced his office, violated his congressional oath to uphold the highest ethical standards and deliberately lied to his constituents and the electorate. Moreover, several messages reveal that he sought to coach a woman into lying about the scandal - including possibly offering the use of his staff and office resources. This would constitute clear abuse of power and misuse of taxpayer dollars...

...The problem is that Weinergate goes to the heart of the Democrats’ cultural liberalism. Try as they might to disown him, he embodies the party’s moral rot. Mr. Weiner is a progressive crusader. He has championed almost every secular leftist cause: socialized medicine, government day care, welfare, high taxes, abortion rights, homosexual marriage, gays in the military, sex education in schools and a European-style nanny state. In other words, he peddles sex and socialism - the twin pillars of progressivism." --Jeffrey T. Kuhner, "Weiner Nation"

thanks for the link

Hey Democrats! Where is YOUR plan to save Medicare?
(Besides insanely trying to “Spread the wealth around”)

Hey Democrats! Where is YOUR plan to save Social Security?
(Besides insanely trying to “Spread the wealth around”)

Hey Democrats! Where is YOUR Budget?
(Besides insanely trying to “Spread the wealth around”)

Hey Democrats! Where is YOUR plan to keep the country from running into a Fiscal brick wall?
(Besides insanely trying to “Spread the wealth around”)

Why are my instincts telling me Bachmann is the Huckabee-in-Drag candidate there to provide cover for the Establisment GOP RUling Class?

SOmewhere in the past four months Bachmann sold out for her self-interest and I personally am not buying this GOP RUling Class bamboozle.

Hiring Huckabee's campaign manager Ed ROllins-who Feb 10, 2001 in a CNN oped-wrote that Bachmann is "third-tier" and not "a serious contender".

and now this bamboozle of the sell-out to the Establishment meme:

Bachmann is a much better public speaker [than Palin] and, say whatever one might about her ideas, she is able to present them in a much more polished manner than Palin has ever been able to.

Not From The Onion: Michelle Bachmann Mulling Presidential Bid

ABC News is reporting that one of the more bizarre members of the Republican House caucus is thinking about running for President .... Of course, “mulling” a Presidential bid is different from actually running, and even if she actually ran Bachmann would be, at best, a gadfly who got press attention for her outrageous statements. Good for entertainment value, not a serious candidate."
http://legalinsurrection.blogspot.com/