Of course, I'm reading between the lines.

For those unfamiliar with it, Project Gunrunner was an abortive ATF operation designed to secretly funnel weapons to Mexican drug gangs. The administration's hope was -- presumably -- to blame said gun smuggling on lax gun laws in the U.S. This would, of course, strengthen the Democrats' hand in further restricting Americans' Second Amendment freedoms. 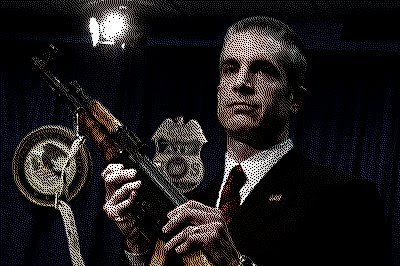 Before the dust settled on yesterday’s opening hearing on the controversial Project Gunrunner and Operation Fast and Furious scandal now plaguing the Bureau of Alcohol, Tobacco, Firearms and Explosives, Democrats were already busy with their defense strategy, which once again demonizes American gun owners and their constitutional rights...

...Democrat Senators Dianne Feinstein, Sheldon Whitehouse and Charles Schumer – the latter whose one-time protégé Anthony Weiner has been making so much news lately on a different subject – issued a report that essentially accuses U.S. gun manufacturers and dealers of arming Mexican drug cartels...

...[the] report is an outside attempt to deflect public attention away from anticipated Gunrunner revelations, Rep. Elijah Cummings (D-MD) demonstrated during yesterday’s hearing that he will run interference for the ATF... Tomorrow, it may be difficult for Cummings to try smokescreen tactics on Grassley, Dodson and the family of slain Border Patrol agent Brian Terry, whose name Cummings could not get right at least twice during yesterday’s hearing.

Congressional investigators claim U.S. officials allowed American gun stores to sell weapons in bulk to Mexican buyers in order to track the shipments and identify the ringleaders, known as "Operation Fast and Furious" under "Project Gunrunner." 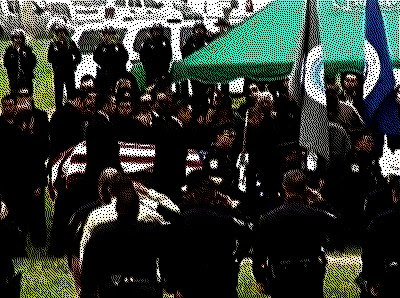 Weapons from those sales were found at the scene of two separate attacks on U.S. agents, and Congress wants to know if they were used specifically in the deaths of Immigration and Customs Enforcement special agent Jaime Zapata or Customs and Border Patrol agent Brian Terry.

Sen. Charles Grassley, R-Iowa, claims the Justice Department and the Bureau of Alcohol, Tobacco, Firearms and Explosives is conducting a cover-up in its refusal to hand over documents and witnesses to congressional investigators.

Grassley, the ranking Republican on the Senate Judiciary Committee, said he will block President Barack Obama's nominees from confirmation until he gets the documents he needs for his panel's investigation... The efforts by Grassley and Issa have won bipartisan support from Texas lawmakers frustrated with the lack of information about the death of Zapata coming from the administration.

...Zapata, a Brownsville native, was working in Laredo as an ICE agent before he was transferred to Mexico to serve as a U.S. government consultant to the Mexican military's battle against the cartels... He was killed Feb. 15, and agent Victor Avila was wounded, when Los Zetas cartel members shot the agents in their SUV during an attempted car jacking along the highway between Mexico City and San Luis Potosi... The Zapata family wants more information about the death of their son.

Consider this DNC press release only the most recent attempt to absolve the Obama administration from the deaths associated with Gunrunner.

News flash for the drones: it won't work.

Hey Doug I see your posts every now and then ... you hit the nail on the head on this one....I wish more GOP would stop the NWO anti-gun juggernaut

Husein and Holder need to share a cell for this one.
Impeach
Imprison
Throw away the key.